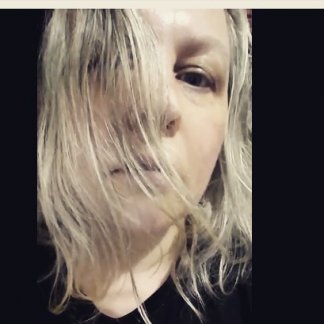 ______
Corinna Jane is a singer, songwriter, performer and recording artist. She hails from Melbourne, Australia's music capital. Corinna is known for her explosive vocal power, sensual timbre and singular vocal range. Influenced by the likes of Aretha Franklin, Renee Geyer, Janis Joplin and Minnie Riperton, she has been described as “the female Robert Plant” and her style as one of “effortless beauty”. In 2016, Corinna collaborated with Nu-Disco artist, Mark Lower. The Chase EP entered the Beatport Chill Out charts at number 17 and climbed steadily, with over 40,000 listens on Soundcloud in the first month. The standout song, The Chase, reached #3 in Original Chill Out tracks. In 2018, Corinna teamed up with Passionardor and the Chicago To London label to release Love Getaway (Escape), a Deep House track that hit the Australian Dance charts! A vinyl release is planned for June. Many more dance tracks in several different genres are in the process of finalisation, so expect to see more releases soon!

Corinna honed her skills by performing soul hits by the likes of Aretha Franklin, Gladys Knight, James Brown and Etta James for over a decade in cover bands. Some of Corinna's achievements to date include singing live on MTV as part of the Yamaha Rock '91 competition, singing onstage with the wicked Wilson Pickett, and providing vocals for Australian politician Joan Kirner at the Athaeneum Theatre.

Corinna's debut album is due to be released later this year. The first single from the album, a starkly different version of the classic 80s rocker, White Wedding, was a surprise hit on iTunes.

In addition, Corinna self-released a CD single of recordings with the rock band Nova. The recording was compared favourably to the Beatles and Corinna's vocal work on the featured track, The River Song, described as "simply amazing. Her voice goes from a smoldering, seductive purr to a stunning high as the song crescendos to a close. She has the ability to inject an emotion, a soul into her voice that is seriously lacking in a lot of modern music."

Corinna is relatively new to the dance scene, having self-produced and released her original composition Heartbeat Expansion through iTunes in 2014. Reminiscent of Massive Attack, this trip-hop number has been described as "an exquisite universe of beauty, come float away".

Some of Corinna's previous bands include:

Too Hot To Handle - soul

I am a professional singer and am very sensitive to sound quality. Therefore, if we choose to work together, I will first make rough demos at home with a MiniDisc recorder until we are both satisfied about the direction taken. I will then track final vocals in an excellent local studio with Neumann microphones. It is important to me to get the best possible representation of my voice. I tend to work very fast. I will be happy to supply high quality raw vocal files from the studio sessions. If I have made a bid on your project, it is because I have looked closely at your material and am very confident about my ability to contribute something great. I have probably already worked out a rough idea. I look forward to hearing from you.

Juan Rojo said...
"Corinna is such a talented singer, that once working with her you can relax and rest assured that you're in safe hands. Amazing communication, dedication and enthusiasm! She delivered some beautifully recorded samples and contributed to the track by adding soul, harmonies and articulations. Would definitely work with her again."
5 stars
Private Gig 4 years ago

eckul said...
"Corrina was fantastic to work with. She delivered a great vocal track in a really tight timeframe and along the way made a significant contribution to the song as a whole. I would certainly work with Corrina again."
5 stars
3 Words - Need a female EDM singer for a 3 word chorus. 6 years ago

Derek Coleman said...
"Corinna was very responsive ever since the first message, was a pleasure to work with and has an amazing voice!"
5 stars
ANIMALS - PRODUCER REQUIRED FOR COMMERCIAL RELEASE a year ago

Mos Kode said...
"WOW..Where do I start.... I had a wonderful experience working with Corinna! Super professional, quick response and amazing vocals to go with it!! If you're a producer or vocalist looking for top notch, grade A quality vocals I would 100% recommend Corinna!! She is a combination of professional, friendly and easy-going. Not often do I come across an artist with such broad talent! Loved every minute working with you. Exceeded my expectations tenfold. Would love to work with you again."
5 stars