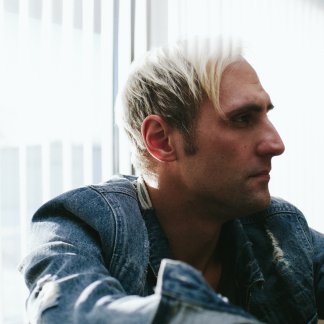 Nashville, UN
Member Since: March 28, 2018
Studio Access: YES
Vocalist Fee: $1
Gender: MALE
Country: UN
Microphone: 7013402137
Genres:
Sounds Like: Colplay 2 One Republic 1 And Mikky Ekko 0
Vocal Styles: Pop Divo 1
Vocal Characteristic: High 1 Smooth 1 Strong 0
A passionate voice sung over inspiring soundscapes, Kody Ternes helps you believe that true intimacy is still real. In his own words he claims, “I write music to appeal to our longing for intimacy.” His electro ballad pop style moves you deeply as you hear the sincerity in Kody's voice and lyrics. After listening to his song “True,” one radio host claimed that she “truly felt beautiful” in a the moment of the song.

Drawing his biggest influence from One Republic and Coldplay, multiple producers have compared his melodies to Brandon Flowers of the Killers. His self released debut EP “Alive” came out in 2015 and he recently released his sophomore EP in 2017 entitled “TRUE.” Kody has been consistently putting out music that he has written and co-produced himself. As a multi-instrumentalist and energetic performer Kody carries the genuine lively personality that we all hope to find in an artist.

Growing up in North Dakota and recently becoming a Nashville resident, this aspiring revolutionary is a voice declaring the beauty of faithfulness and loyalty a culture of quick fixes and fast relationships.

Ternes4 has no reviews.

Artist Of The Day