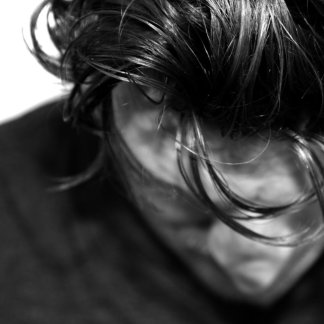 I'm always up for a collaborative approach to writing (or can work solo on your project - whatever the job entails) and will do as many redos until the track is finished. I record clean vocals that I send dry to you.

I've notched up writing credits with

My band Texture Like Sun has supported these notable acts:

I've had well over a MILLION streams on Spotify and features on major Spotify playlists. I've also had chart success on the US ITUNES Charts.

For your project I will have a quick turnaround and I'm very communicative.

I'm actually excited to work on new projects and create a great track for you.

“The vocals are heartbreaking in the best way and bare more than a passing resemblance to the late, great Jeff Buckley. Texture Like Sun manages to make their blues-tinged folk sound creep into every corner of the room and consume the audience from the inside out… Nothing about Texture Like Sun comes close to ordinary and their set is near perfection….” – Tone Deaf

DavidM said...
"Very considerate and attentive to comments and improvements! Thank you"
5 stars
Private Gig a year ago

Chris Sort said...
"Mark did a great job with his unique voice and was always open for redos.I was very happy with the result and can only recommend."
5 stars
Baskin 2 years ago

Kronos said...
"TextureLikeSun did an awesome job and delivered in the end a perfect performance with an absolute unique voice color! The communication was all the time on point! Tank you so much! Looking forward to the next project with him. :)"
5 stars
Private Gig 2 years ago

DEPARTURE said...
"The voice is simply impressive. It has nuances that definitely make any song better. We hope to have him for the next GIG ..."
5 stars
Private Gig 2 years ago

DEPARTURE said...
"It has been a discovery for us. The voice is simply amazing. We hope we can count on him for the next songs. It is very easy to work with someone as professional as Mark."
5 stars