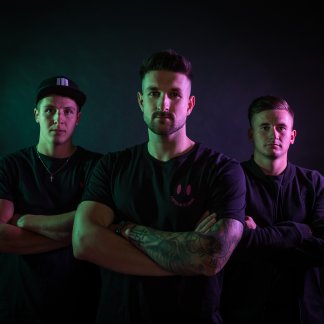 Innsbruck, Austria
Member Since: January 9, 2021
Studio Access: YES
Gender: MALE
Country: Austria
Genres: Languages: THREE LIKE TO PARTY is a project from three Austrian DJ’s and Producer’s from Innsbruck. In their sets they combine a Mix from different genres like Future House, Bass House, Electro and the current charts with live performances at the drum pad. This way they can inspire the people over and over again.

Since the start of THREE LIKE TO PARTY in 2019 the three have had an incredible debut year with performances in Austria, Germany and Italy. Their greatest successes were performances at the major event “OCEANBEAT IBIZA/MIAMI WORLD TOUR” and a set at the biggest NEON Party in Austria as a support act from the Star DJ DAVID PUENTEZ. Last year in may they realeased their first single “Eagle” followed from 4 more singles. Their music is published by leading labels like “SWUTCH MUSIC” or “BIG SMILE rec”. On Spotify their productions have now reached over streams. In their debut year, the three young Austrians can look back on over 50 performances in various locations.