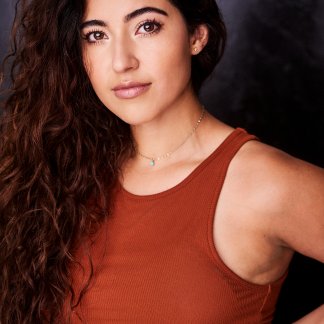 She has prepared for her career since she was a kid performing in small and large venues, and continues her formal training in Music as she is now close to obtaining her Bachelor's Degree. Since she is an Ecuadorian/ American citizen, she currently promotes her music in Ecuador where she has songs in Top Charts and has won various awards. Her most recent achievements include: two songs (Drunken In Love, & Besame) in the Ecuadorian Top charts and Top 25 Artists; top radio stations awards as "Golden Voices", "Best New Female Artist", "Best Female Pop Singer"; and received the “Best New Artist” award at the Ecuadorian Music Awards MBN. By means of these achievements, she is expanding her music internationally. Most recently, her songs are playing in some independent radio stations in the USA, Peru, Argentina, Spain and England.

"Fire & Ice" #1 Top 20 Anglo Charts in Ecuador!
GIG RELATED:
Demos are recorded raw at a home studio; once gig is awarded song is recorded at a professional studio. You will receive high quality, dry vocal tracks that include top line, harmonies, and ad libs. My main genre is pop but I'm versatile in providing the right sound and character for your song: latin, dance, edm, folk, opera, jazz and r&b. I am a classically trained singer with a wide vocal range, and a unique sound. Lets work together!

Gon said...
"She is a wonderful vocalist.
I was satisfied with her thoughtful and warm communication."
5 stars