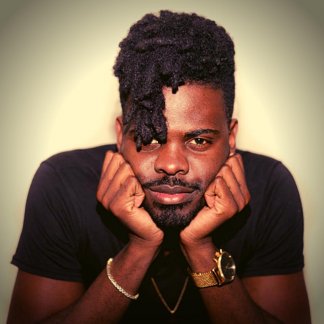 Singer-songwriter Ron Bultongez is living the American Dream. From growing up in the Democratic Republic of Congo to being named the “Hometown Hero” of Plano, TX and becoming a Top 24 Finalist on American Idol 2018, where he left Lionel Richie, Katy Perry, and Luke Bryan in awe of his voice. Ron’s dreams have taken him far. His journey, depth, and spirit are evident in his smooth yet raspy vocals and his bluesy, soulful songwriting.

Ron was born in the Democratic Republic of Congo February 14, 1996, where French was his native tongue, followed by Lingala and Swahili. But as turmoil broke out in the Congo, Ron’s family decided to immigrate to the United States. Although America provided more opportunities, turmoil followed Ron in his home life. His environment became abusive to the point where he ended up bouncing around homeless shelters and separated from his family. But the community of Plano invested in Ron and shaped him into the person he is today.

Music saved Ron’s life when he needed a way to escape. He first sang in 6th grade choir. Later, friends offered Ron a keyboard and an acoustic guitar and he taught himself how to play both, using emotions to create rather than any formal training. However, music was something that came to him naturally and not something he ever dreamed of pursuing as a career. Initially, Ron planned to play professional football and received scholarships to play quarterback at the collegiate level. After suffering concussions and ending up in a wheelchair as a result of multiple knee surgeries, his foster mother advised him to pursue his other love of music.

The pain of his past and his dreams for the future inform who Ron is both as an artist and a person. When Ron sings, listeners hear the soul, pain, and depth he carries with him. He writes to share the message that although life is hard and unfair, we are never alone. He shares this message with thousands of students every year as a public speaker. For his two younger brothers, of whom he is the legal guardian, and his son, James Melody, he works hard to create the safe and loving home he never had.

Before appearing on ABC’s American Idol 2018, he was featured on MTV for his activism and love for those in need. Ron has since been featured on CBS, ABC, Good Morning America, People Magazine, Arianna Huffington’s Thrive Global, Good Morning Texas, Dallas Morning News, Dallas Observer and many other media outlets. He is the recipient of four Ghosty Music Awards: Best New Act, Best EP for Thank You PLANO, Best Male Vocalist, and Best Folk/Acoustic Act in 2017. Ron has amassed 2 Million Streams across all platforms and has dreams of one day reaching heights of 200 Million and more.

Ron’s achievements include International Student Foundation’s Impact Community Award and Finalist for the Immigrant Journey Award. He also received 2 congratulatory letters from the US Congress for his excellence.

Asaa said...
"Ron's work is top notch quality, very good microphone, no trouble with white noise and I barely had to add effects onto his voice. He is always very response and responds within 24 hours. He's a perfect balance of business and partnership. We are going to work again for sure!"
5 stars
Private Gig 5 years ago

moemonro3 said...
"Ron Bultongez is a very fluid writer. I appreciate is creativity and his input. He takes criticism very well. I recommend anyone who works in contemporary to work with Ron! His vocal style and range is phenomenal! Thanks again Ron!"
5 stars