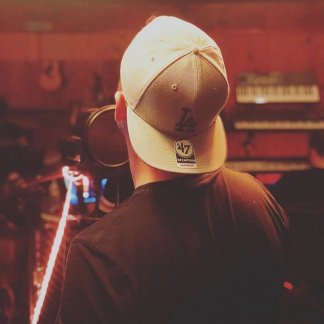 Knigge said...
"Adam delievered a heartfelt rendition of my song - just as I wanted. Thank you."
4.3 stars
Funkilicious 4 months ago

RobMartini said...
"AJ did an amazing job with my song. He exceeded my expectations. I would def work with him again."
5 stars
Vocalist for modern slap house track + artist feature a year ago

Jerry David said...
"It was a pleasure communicating and working together with AJ. He's a great singer and I'm very happy with the end result."
5 stars
Private Gig 2 years ago

Takaya Saito said...
"The vocal melody and quality are wonderful. His talent is real."
5 stars
Slow Motion 2 years ago

Sonnen Jordan said...
"Working with Adam for the second time was just as good as the first time if not better. Finished work in a timely manner, and is an all around dope singer. I will 100 percent work with him for a 3rd time in the future."
5 stars
Vocalist Needed! 2 years ago

sosalop said...
"Super professional and delivered exactly what I was looking for. Voice is on point! Will definitely work with him again. Thank you for your service!"
5 stars
Togetherness 2 years ago

Juan Rojo said...
"AJ is a very good singer who delivers great quality assets. Was a pleasure working with him. Recommended!"
5 stars