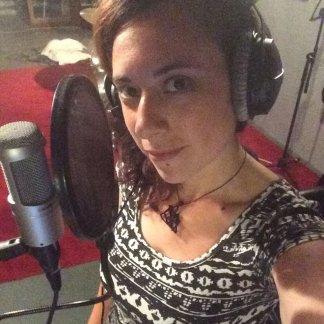 Her collaborations have been promoted on acclaimed YouTube channels Suicide Sheeep, Fluidified, Jompa Music, Ambient, and more. Margo was interviewed along with her collaborator Sanguine the Elementalist on WNUR show "Party Time Society." Her tracks also made appearances on University of Illinois at Chicago (UIC) online radio.

In addition to recording vocals, she writes original songs on acoustic guitar and works with producers to integrate guitar samples into their tracks.

Currently she records and performs live with Chicago artist Sean Whittaker in his project Kill Scenes, debuting their latest album "In Dreams," which received promotion on WKQX show "DEMO 312."

RipVanW said...
"margoelena has been a pleasure to work with. She delivered the vocal tracks quickly and they were great, no changes needed, got everything I wanted the first time. And she included some extra tracks (which really enhanced the song) that I didn't even think to ask for, her creativity was exactly what I was looking for. Can't recommend her highly enough!"
5 stars