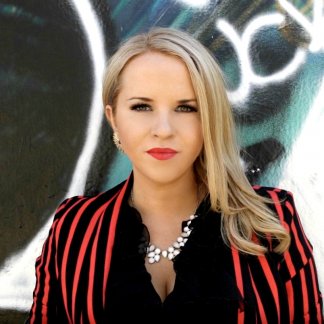 Ireland
Member Since: August 10, 2016
Studio Access: YES
Gender: FEMALE
Country: Ireland
Microphone: röde NT-2A
Vocal Styles: A Capella 2 Choir 0 Country 0 Diva 0 Musical Theatre 0 Pop Diva 0 Pop Divo 0 Spoken Word 0
Best known for her signature uplifting vocals, lyrics and music production in dance music, Linnea Schossow has given fans a stunning collection of original music through her career as a solo artist and in her collaborations with some the world’s top DJs/Producers–Giuseppe Ottaviani (Stars and Just for you), Mat Zo (The sky) that got included on the Grammy nominated album ‘Damage Control’, Ronski Speed (Set me to light), Alex Klingle (I run to you), (Your everything), Steve Allen (This moment & Unseparated), Ben Nicky (Tears), Progresia (Fire Fire Fire) and others including a big collection of solo originals.

Linnea creates her own music productions and host of other top producers from around the globe. Bringing her exquisite song writing to life through her now highly sought after vocal skills. Along with producing for American Hiphop artist Jay Rock "Rotation 112th" the song has been featured as the official song for Amazon Music Official commercial in 2019. Her production is also featured on an American Netflix series. DJ wise she has already graced the mainstage booth of Ministry of Sound (London), Godskitchen (Birmingham), Lush!( Northern Ireland), Blue frog & Spun in India, Luminosity beach festival 2017 in Holland, Monday Bar in Sweden, Malta and Republic of Ireland and Vocal shows in Italy and Egypt.

CEO and label owner of Auditory Recordings. Founded by Linnea Schössow in 2015. Unlike many other record labels in the dance music industry, Auditory Records is open to all forms of electronic music and aims to release musical content of varying genres and/or styles. Hosting major musical events with her brand TASTER LIVE throughout the world.

Linnea Schossow has officially joined the ranks of the most impressive talent to emerge in the music industry in the last few years. A rare gem, diverse in her skills and a highly creative artist who constantly deliver’s on her way to the top.