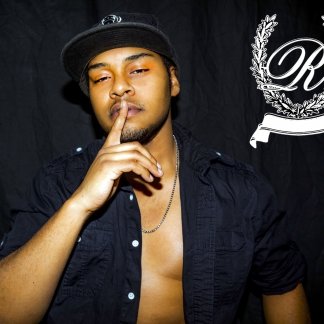 He has been called a young genius, and his voice has been described as powdery and warm. An artist on the rise, Romey’s vocals, no doubt have the ability put you in the mood. From the recording booth to the stage, Romey brings his musical artistry to life.

Romey began singing in church. His father, being a musician his self, introduced Romey to music at a very young age. He started writing songs at the age of 9 and producing music at age 13. Now, he writes for artists, major and independent, building careers as well as his own.

In addition, to music, he dabbles in fashion as well. He has a clothing line called J. Rome Clothing, that makes novelty t-shirts and designer, handmade accessories.

This multi-talented young man states, he lives his life, 1 song at a time, because behind every song, there is someone’s story. Romey’s style and talent, definitely make him an artist to look out for. We can only expect great things from this rising talent.

He currently released his debut EP, " ChillLife " in January 2018, which is now available on all platforms, and is currently in production of his second EP.

He has also released singles on SoundCloud, such as “Hit Me Up”, “Lady I Love You”, and “Age of Aquarius”.