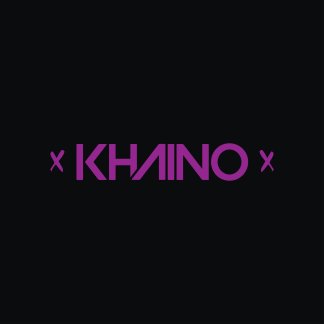 Over the past two years I have written and sung tons of songs that have had incredible response, such as "Brand New" ft. Alex Nocera and Dino Brown who surpassed 300k streams on Spotify, and "Turn me on" with producer Ferdi-F who has reached 250k streams so far.

During my career I developed very different singing skills: I can write and sing pop, edm, rock songs, and I have screaming singing skills.

I do my job with passion and professionalism: no voice leaves my recording studio if that's not exactly what I wanted it to be, but my deliveries are very fast.

When it comes to working I'm a very helpful and proactive guy, so don't hesitate to ask me anything. My goal is to make everytime a big song. And i can't wait to do it with you!

NEBULUST said...
"Great fun to work with as ever"
5 stars
Private Gig 2 months ago

siyastudios said...
"Great Job, perfect communication. Khiano is a Proffessional and fantastic Vocalist. Thanks for the great Coperation on this Job"
5 stars
Synthwave Hobby Project 4 months ago

NEBULUST said...
"This guy is unbelievable, Extremely professional, communicative and speedy. His voice is amazing. I cannot fault him and will absolutely be using him again."
5 stars
Soulful male/female needed for track 6 months ago

HAPe said...
"With a powerful voice with character and feel Khaino delivers that extra touch that will lift any project.
When you add his creativity, attention to detail, quick and smooth communication and delivery you get a very high quality and top professionalism."
5 stars
Male Disco Vocals needed on Completed Song a year ago

T-Bar said...
"I gave Khaino a nice challenge of a song and he did an amazing job! He is super easy to work with and a great communicator, and love the sense of humor. Very talented and versatile vocalist. Look forward to working together again in the future."
5 stars
Need vocal and lyrics for my new production a year ago

Alexander Poznyak said...
"Amazing to work with. Khaino has the perfect feeling of the track due to extensive live and studio experience. He also has his own style and voice. Authentic. See you next time!"
5 stars
Need vocal and lyrics for my new production a year ago

Alexander Poznyak said...
"Besides amazing vocal, he has a perfect "
5 stars
Private Gig 2 years ago

MYMASA said...
"He is a really professional singer! I recommend to work with him.
From the next time, I would like him to work together!!"
5 stars
Featuring singer for my first solo EP 2 years ago