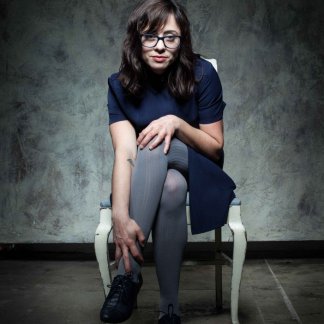 Menaker spent years singing and recording back-up and lead vocals for bands, performing with artists such as Jason Crosby (Jimmy Herring & The Invisible Whip) and rock band Broken Darling. She branched out as a solo artist with album Animal Behavior. Since then, her vocals and songwriting have caught the eyes of critics, who have called her an "undiscovered star," "blessed with both a reflective mind and a sense of theatricality". Her music was recently licensed to national and international networks such as MTV, PBS, and Netflix, for use in their programming.

Menaker has toured around the multiple times and performed at South by Southwest 2018, after releasing two singles "Push Pull" and Blood on My Hands". A new EP is in the works to be released in 2019.
Stranger (unreleased)
0:00
0:00
0 likes
21 plays