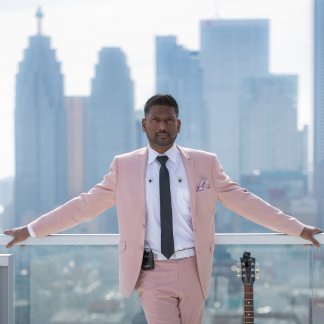 GRAMMY WINNER LUIS MARTINEE:
"Your vocals are so good that songs stand out more than they probably should ;your vocals have magic in them."
Lewis A. Martinee is a producer based in Miami, Florida. Lewis reached number one on the Billboard Pop Charts, and has had multiple records reach top ten. Martinee has also worked with many other artists of note, producing, writing and or remixing tracks: including Ricky Martin, Enrique Iglesias, Celine Dion,Company B, Arika Kane, Jermaine Jackson, Sequal, the Cover Girls, Debbie Gibson, Vanessa Williams, Pet Shop Boys, Son by Four, and Elvis Crespo, among others. Martinee has also been doing an electric dance music radio show programmed all over the world with top ratings.

pablomountain said...
"Did a really top quality job in terms of writing the top line, vocal delivery and providing the files in a proper fashion. I can strongly recommend."
5 stars