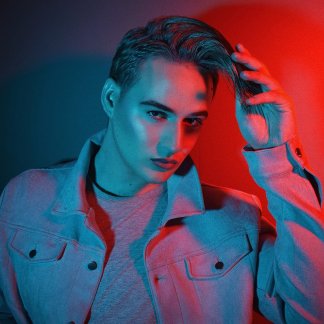 Glasgow, United Kingdom
Cocaine Champagne Caviar - Scott McGoldrick
0:00
0:00
2 likes
251 plays
Voodoo Doll - Scott McGoldrick
0:00
0:00
0 likes
2 plays
Vodka & Rum (Free Download)
0:00
0:00
0 likes
15 plays
Member Since: December 17, 2017
Studio Access: YES
Gender: MALE
Country: United Kingdom
Microphone: Samson Multi-Pattern Condenser
Genres:
Sounds Like: LORDE 0 Lana Del Rey 0 Marina And The Diamonds 0 Halsey 0 NICKI MINAJ 0
Vocal Styles: Pop Divo 0 Rap 0 Rock 0 Spoken Word 0 Country 0 Pop Diva 0
Vocal Characteristic: Deep 1 Low 0 Raspy 0 Rough 0 Silky 0 Smooth 0
Independent Scottish based singer/songwriter and rapper WHISKY (also known as Scott McGoldrick)
Biography: Growing up in an alcoholic household, part of a family riddled with addiction has obviously influenced WHISKY's dark, yet somehow hopeful lyrics. Not only did it effect his lyrics, but his own health. By the age of 6 he has developed an eating disorder and openly speaks about starving himself without even knowing what an eating disorder was. Later by the age of 13 he was already sipping his first cup of warm tea laced with his Mothers speed(drug) going on to develop an addiction to speed and pain killers by aged 15. Also suffering from bullying, anxiety and depression he found his escape in creative writing, poetry which then evolved into song lyrics. In a previous Interview, he mentions his use of drug and alcohol names as metaphors for the people he writes about in his songs. As an example; If someone has caused nothing but hell in his life, he will most likely refer to them as something like whisky, vodka or morphine WHISKY didn't always deliver dark lyrics though, he has also released rap tracks that feature an almost split personality. It's clear by reading his rap lyrics he clearly has a talent writing for multiple music genres. He considers himself a writer before a singer, as his anxiety still has him doubting his vocal abilities. WHISKY technically only started focusing on lyrics and singing when his mother suddenly developed a rare cancer that was diagnosed and took her life only 5 weeks later. His first ever song was written for his Mum as she was laying in the hospital, but sadly Marie(Mum) died before she got a chance to hear it. The day after she died Scott(WHISKY) went to the recording studio to record her song. He decided to bury her with the lyrics from the song instead, printed on paper that was covered in gold glitter. Fun fact, Scott had a weird addiction to glitter and it was an open joke, anywhere he would go glitter would follow. So burying his Mother with glitter covered lyrics seemed like the only way he could make it up to her, for being a day late and not hearing her song. In his early 20's now, WHISKY is still unsigned and living in Scotland. Still working on music every day and trying to focus on creating art that lives on longer than he does. Releasing new singles constantly on his Soundcloud. You never know which sort of genre his new tracks will be. He calls himself a multi-genre artist that couldn't focus on, or stay in love with music if he was forced to stay in just one lane.
Cocaine Champagne Caviar - Scott McGoldrick
0:00
0:00
2 likes
251 plays
Voodoo Doll - Scott McGoldrick
0:00
0:00
0 likes
2 plays
Vodka & Rum (Free Download)
0:00
0:00
0 likes
15 plays

WHISKY has no reviews.