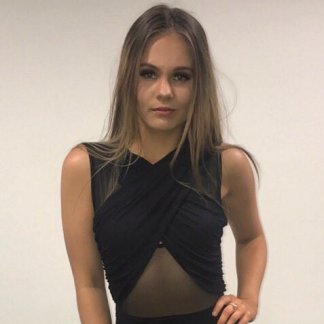 London, United Kingdom
Tattoo
0:00
0:00
20 likes
945 plays
Throw My Phone Away
0:00
0:00
15 likes
512 plays
Intoxicated
0:00
0:00
24 likes
931 plays
Member Since: April 15, 2017
Studio Access: YES
Gender: FEMALE
Country: United Kingdom
Microphone: Aston Origin
Genres:
Sounds Like: London Grammar 3 Evanescence 3
Vocal Styles: Pop Diva 2 Soulful 2
Vocal Characteristic: High 2 Low 2 Silky 2 Smooth 3 Strong 2
Natalie is an 18 year old Singer/Songwriter from London attending East London Arts & Music
Although just turned 18, she has had quite a lot of experience having had intimate Song writing master classes with the likes of Maverick Sabre, Jamie Cullum, Etta Bond, Katy B, Plan B amongst others.
As well as writing songs with her guitar and piano she regularly collaborates with producer's and writer's from around the world In different genres, this includes Pop, EDM, House, Folk, D&B and R&B.
Last year her top line was chosen for a track by DJ/Producer Memtrix through Three Six Zero/Roc Nation & She has also been shortlisted for toplines for Bassjackers & Steve Void.
She has a close relationship with signed songwriters (Notting Hill Music Publishing), and is regularly co-writing with them.
Currently working on various projects with various producers/DJ's with releases due in the Summer she works from her home studio allowing her to write and record on a regular basis not only on her own music but on top lines too.
Natalie's song FLY (written & recorded by her) has been released on the Balcony TV album "Live From The Outside" Vol 5
"With a killer vocal Natalie is starting to get a lot of attention from songwriters and producers from all over wanting to work with her, not only for her song writing skills but her vocal too".
Natalie is very committed so when not writing songs you will find her gigging on the London circuit at venues such as The O2 Academy Islington, The Water Rats, The Garage, The Borderline, The Troubadour, The Spice of Life and The Bedford Balham amongst others.

Currently placed on the longlist of 120 out of many thousands as an emerging talent to perform at Glastonbury Festival 2017
"Beautiful Voice, Love The Track & Sounds Good Live, Really Impressive"
THE HOUSE OF COXHEAD (JUDGE)

Natalie's first original track gained her a lot of exposure on youtube reaching an impressive 212,000 views at just age 14 & since her videos have now totalled over 1 million + views.

She believes that having a good understanding of the music industry is essential in order to live in it. She has had work experience placements as an A&R assistant at Warner Music group and Universal Music publishing, and has a good working relationship with them. "This has given me an insight as to what A&R's look for and the business side of things".
She was a semi finalist last year in the UK Songwriting Contest.

Music Gateway - "Natalie Tuvey is a talented singer/songwriter from London, with exceptional experience working with major labels"
The Troubadour - "The expression 'child prodigy' has become almost a cliché, but how else to describe Natalie 2V"
Rocky Coast News - "We travel across the Atlantic Ocean to find a Singer/Songwriter that caught our eyes for her great vocals "