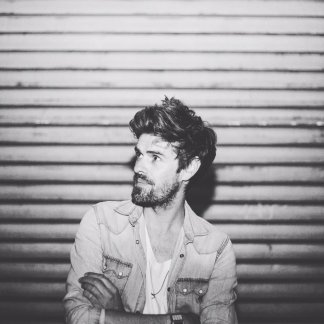 7 members like this audio
49
Goldaze - Shown me love
PLAY

1 member like this audio
21
Member Since: August 18, 2015
Studio Access: YES
Gender: MALE
Country: Belgium
Genres: GOLDAZE, Brice Plainchamp by his real name, is a producer, beatmaker and remixer from the south of Belgium.

His music combines a delicious light pop sound with the modernity of a Deep House production.

His first single -Lights Of My Hometown- is a collaboration between GOLDAZE and his lifelong friend Robert Thomas to whom he entrusted the creation of the vocal part.

Florent Brack, winner of Season 4 of The Voice Belgique, lent his unique voice to the song and gives it a bittersweet atmosphere, a kind of musical journey oscillating between melancholy and optimism.

The final result is a breath of fresh air in the current musical landscape ...
Early 2016, GOLDAZE was spotted by Kid Noize who invited him to feature on the new compilation of his Black Gizah Records label alongside artists like Mustii, Evernest or Miss Luna.

GOLDAZE is currently preparing his first live shows as well as to the development of its first EP which will be released on Black Gizah Records in the coming months.
Goldaze - Shown me love
PLAY

OMZ said...
"What to say about GOLDAZE, the guy makes brilliant music, unique, original, but familiar at the same time. It was an absolute pleasure to contribute to his vision. I would work with him again 100%. 5 STARS!"
5 stars