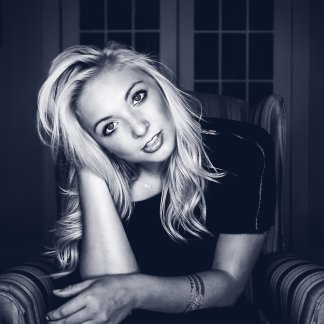 Singer and Songwriter from Chicago residing in Los Angeles. My voice is mostly lows with a high floaty head voice. I have a full range and I'll sing and write to just about anything in the electronic, pop and hip hop categories. Hooks and sung raps (think zara larrson but more vibey) are my specialty!

My recent features have been with artists such as Burgess, Turnlow, Ryan Bronson, Ausso, and Apollo (Apollo just finished up a couple of shows opening for Adventure Club and Illenium). I have participated in a few writing sessions for artists such as Nelly, Trey Songz, Jeremih, and PARTYNEXTDOOR with writing partner and producer Waseem Stark I occasionally write independently for Dim Mak producers. I've done a few writers camps for artists such as Zo Grand as well. I am currently on retainer at Be Happy Records as an independent writer and vocalist for their artists.

Waldek Jarosik said...
"It was a pleasure working with Dani. She met my musical expectations in 100% and we easily communicated with each other. Looking forward to working with her again!"
5 stars
Private Gig 11 months ago

Moshu said...
"A professional singer with a lovely voice!"
5 stars
Soulful vocalist needed for Nu-House production. a year ago

derekchase said...
"Dani is a stellar talent with a beautiful voice, providing me vocals for a multi-layered, complex house track. She is a professional."
5 stars
Private Gig a year ago

alterheart said...
"Dani did a fantastic job! I'm very happy with how the vocals came out and I can't wait to wrap up this song for release. Dani was patient, easy to work with, and helped make sure the vocals were just right compared to what I was envisioning. I would highly recommend!!"
5 stars
Need vocalist for a two feet style trap single 2 years ago