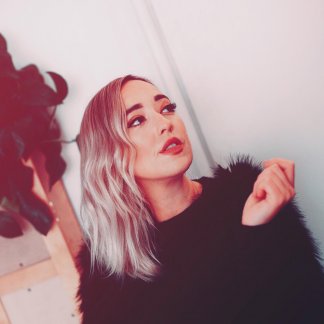 High quality vocals, fast. I run my own studio space, and would love to collaborate and get your music out there. I have great relationships with artists and labels across the world, and can work with all styles from Pop to Hip Hop to Deep House. With 10+ years in the industry I'd love to work with you.

JordanTobias said...
"So very grateful to have worked with Amy. Talented, professional, enthusiastic and goes that extra effort - just lovely to work with all round."
5 stars
Future Bass Vocalist a year ago

HUNTS said...
"Amazing voice, really easy and cooperative when it comes to slicing up the song with her voice!"
5 stars
Everytime a year ago

Sundr said...
"Easy to talk with and some of the best vocals i have ever heard!"
5 stars
Private Gig 2 years ago

sellingtheashes said...
"Great work, as always. Amy is the best."
5 stars
Looking for Ambient Female Vocals for a Liquid DnB Song 2 years ago

AlecMinello said...
"Amy is an amazing vocalist. She is very kind and great to work with. Her vocals are the exact style I was looking for. I'd love to work with her again!"
5 stars
Remake of 'love my way' (psychedelic furs, 1982) 2 years ago

FK said...
"a great singer, AND a real pro (so yes, it's possible to have both). amy's amazing, and will work with her again."
5 stars
Private Gig 2 years ago

sellingtheashes said...
"Always a pleasure to work with. Very fast and does an excellent job."
5 stars
Love and Rain 2 years ago

lenube said...
"Amy is very talent and very flexible with ideas, I'd definitely hit her up for future work"
5 stars
Repetitive, hypnotic vocal needed 2 years ago

Melis said...
"Amy was super fast, smooth and easy to work with. She came up with ideas instantly, and took them forward as we agreed. Would love to work with her again!"
5 stars
Private Gig 2 years ago