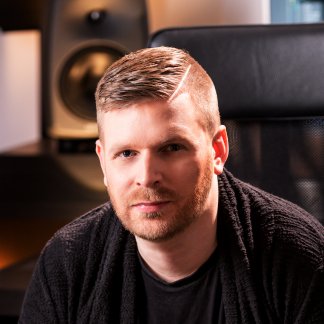 Born in 1986 in Moers, western Germany, near the Dutch border, Vincent Thomas lives and works as a producer in Dusseldorf. There, he is based with his studio, where in recent years he has produced more than 60 releases under various artist and project names, including international chart positions and top rankings on Beatport.

Vincent discovered his musical vein at the age of 14 years when he began experimenting with the first music programs and various hardware. Since then, he has tried and been through all the technical and stylistic developments in the field of electronic music and urban pop. His skills with the guitar and the piano are also integrated into his productions, which are supported by artists like Claptone and Boris Dlugosch.

To date, numerous remixes, tracks and artist collaborations for and with Jean Claude Ades, Tom Novy, Paul Harris & Obernik, Phil Fuldner, Jerome Isma-Ae vs. Snap! and many more have emerged. Vincent’s collaboration, “Shingaling” with Jean Claude Ades (particularly noted for his work with pop and dance vocalist, Dannii Minogue) reached #1 on the Beatport Top 100 chart in 2008 and top 10 positions on several European charts.

The tracks from Vincent are characterized by dancefloor-oriented and intuitive arrangements, uplifting melodies and groovy instrumentals. “I always try to give all my arrangements a certain peculiarity,” says the producer who creates many sounds with vintage synths, because “it comes closer to the original spirit of house music,” as he states. Emotions are essential in his work: “House is the best way to process and express emotions, to get lost and find yourself.”

When he is not sitting in the studio working on new sounds, Vincent is touring internationally. For example, in 2016, he played at Pacha Ibiza and Lio Ibiza in the event series, “Timeless.”