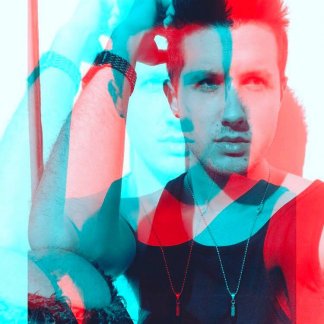 
I have a home studio set up with a Neumann microphone and Logic. I can record vocals to your song and either send you the session or send you the vocal files as wavs or aiff. I am great with vocal production, so I can come up with all of the harmonies and background parts. I always put my all into a song, so I will make sure you're happy with the end product! :)

Neek Dyako said...
"Amazing vocals. I had a vocal melody in mind, and just let the vocalist get creative with everything else. The final product came out clean and pretty creative. WIll use in future again! :)"
5 stars
Private Gig a year ago

Spender said...
"Tyler is very professional. The quality of his recordings is really great! I totally recommend him for your songs!"
4.8 stars
Private Gig 2 years ago

Tye Brees said...
"Very flexible and open-minded. Added more vocal range to the previous project and delivered flawlessly and on time! Always a pleasure to work with."
5 stars
Vocalists needed for R&B/Dance Track 2 years ago

Tye Brees said...
"Very creative when it came to writing lyrics and knew how to deliver them to fit the track. Highly impressed!"
5 stars
Private Gig 2 years ago

WAPLAN said...
"His work is fast and solid. Tyler is noce vocalist. Looking forward to work again in the future."
5 stars
Nixis - ID (vocal) 2 years ago

Nixis said...
"Tyler is an incredible vocalist who delivered me a beautiful vocal within a week. Would work with again."
5 stars
Private Gig 3 years ago

trevorgilligan said...
"very pleased with Tyler, delighted with the vocals, added in harmonies in bridge and chorus which raised the song. Didnt complain, got the job done, happy to pay and hope we record another song together soon!"
5 stars
NEW pop track looking for vocals. 3 years ago

Nick Nixon said...
"So easy to work with this artist. Tyler provided all sorts of variations of vocals so I can make sure the track is perfect. He listens to what the song is about and uses his initiative to provide vocals which match in emotion and consistency. Plus his voice is flawless. Fantastic!"
5 stars