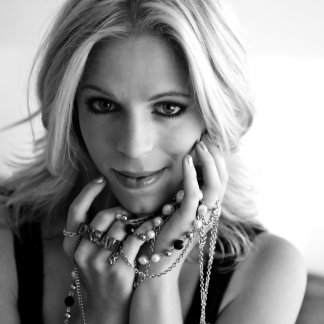 11 members like this audio
463
Member Since: April 7, 2014
Studio Access: YES
Vocalist Fee: $500
Gender: FEMALE
Country: United States
Microphone: Neumann TLM 193
Genres:
Sounds Like: Carrie Underwood 1 Kelly Clarkson 0 Natasha Bedingfield 0 Christina Perri 0 Christina Aguilera 0
Singer Songwriter Tori is about to emerge from the “land down under” with her debut single, “Not Today.” She has been developing her craft after beginning as a child star in Australia and now finds herself collaborating with three-time Grammy Award winning engineer, Devine Evans, and his group The Senate.

Now Tori is taking all she has learned as a singer/songwriter to release her debut song, “Not Today” featuring the musical talents of Adam Blackstone (BBE, Justin Timberlake, Rihanna), Darek Cobbs (Justin Timberlake, Maroon 5, NeYo), Tim Stewart (Lady GaGa). “Not Today” and accompanying video will be available soon.

Tori’s credits include working with Jack Vidgen, Sony Australia recording artist and Australia’s Got Talent 2011 winner, collaborating with chart-topping songwriter and producers Toby Gad and Justin Gray, and placement of her song “Sunshine” on Nickelodeon’s iCarly and Victorious. Her other credits include programming and engineering for NeYo’s R.E.D. tour, Chris Brown, Jason Derulo, Kendrick Lamar and 2 Chainz.

The road to becoming a successful songwriter starts with a compassionate heart and desire to share with others. Tori has had those qualities since her and her identical twin sister, Georgia, were born in Australia. Georgia was born with Cerebral Palsy and Epilepsy. Inseparable as youngsters, Tori began singing and performing with Georgia for The Variety Club, a global organization dedicated to empowering children who are sick, disadvantaged or have special needs to live, laugh and learn. Georgia and Tori also performed at various local, national and corporate events in their native country.

In 2011, when both girls were 11 years old, Tori was invited to perform for United States President Bill Clinton at “An Evening With President Clinton.” This special evening included a heartfelt performance of the classic, “Wind Beneath My Wings” which Tori dedicated to her Georgia. This performance gave Tori the opportunity to meet Jeff Silbar, co-writer of the Bette Midler classic. Silbar was so impressed by Tori’s talents and efforts to raise awareness for people with disabilities that he offered to accompany Tori as she performed an acoustic version of the song on YouTube as a tribute to her sister. (www.youtube.com/watch?v=XbZ1FQVwqXU.)

Word of Tori’s talents and her special relationship with Georgia drew the attention of Molly Meldrum, “the Ryan Seacrest of Australia” who was enthusiastic about both Tori’s vocal and songwriting ability at such a young age. Their meeting gave 14 year-old Tori the opportunity to work with Daniel Jones, guitarist and songwriter for the chart-topping Australian band, Savage Garden.

In 2009 Tori was invited to perform at the opening and closing ceremonies for the Australian Special Olympics National Games, performing alongside Australia’s Got Talent’s 2009 winner, Mark Vincent.
“Not Today” will give audiences an opportunity to embrace Tori as both a singer and a songwriter. She has been preparing for this moment by learning both her craft on stage and behind the scenes. The little girl, whose love for her sister made it all possible, is now about to take center stage.
Stay (Rihanna Cover)
PLAY