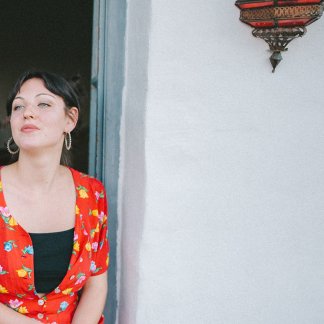 Katryna Abel has worked in the music industry for 5 years, studying at the British Institute of Modern music alongside her professional experience. She has integrated herself into the musical circuits of Brighton, London, and the wider European festival scene.

The live sector has been where katryna has developed her versatile style. Backing singing in bands of an eclectic mix of genres, from Funk, Folk, to Hip-hop. (Duncan disorderly and the scallywags, Ben jamming, Rivv, Najjiday, The 3 rivers, Cained and Cat, Olivia May Green, Ryan Maynard, Oceans)

Katryna has been commissioned by Craig purees “American composer, musician, arranger and gold & platinum record producer” to record 2 song pitches for artists in pop music industry in Garna, with the backing vocals from the first track being featured on The Ganda Boys Album “Mountains Of The Moon”.

SIX ILLICIT said...
"She has an Amazing voice and is very professional and flexible in terms of work. Always ready to put in the time to make the track just perfect."
5 stars