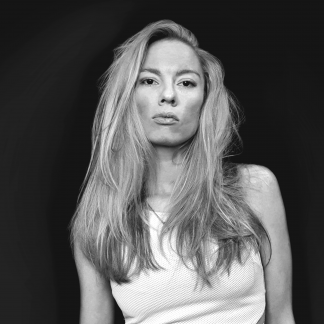 Hey there! I am a producer, lyricist, vocalist and graphic designer from Australia. I have releases on multiple labels, with my most recent release 'Bad To You' (Vivifier Records UK) hitting the Beatport Top 100 & Top 10 charts on the first day of it's exclusive release.

My vocal style is flexible and can suit many genres from trip-hop to trance, and I've been compared to Florence & the Machine, Madison Avenue, Billie Eilish and more. My industry standard home studio features the Neumann U87, Presonus pre-amps, KRK monitors, Roland keyboard, Logic Pro & FLStudio.

Message me for more info on fees as prices vary according to the job. I am not able to check this account often, so please get in touch via insta @jademae_music, FB: @jademae_music or email if you require a tight turnaround.

DannyNoble said...
"Where to start!!! Instant click. It was more like working with a friend from the off. Jade has it all: professionalism, friendly & easy going, whilst being extremely hardworking. Very happy with the finished project which will be I hope the first of many working together. Only have good things to say :)"
5 stars
Song - Whisper a year ago

Mos_Emvy said...
"Really loved working with Jade! She has a great voice with range and brought her own ideas to the table which I loved! I would definitely work with her again"
5 stars
Vocals for Progessive House WIP a year ago

Sean Holihan said...
"Awesome to work with! One of the most talented people I have ever had the pleasure working with and I look forward to working with her in the future. Seriously one of the most stellar experiences I've had on here. She had no problem bringing my vision to life and making any changes I wanted. Highly Recommend!"
5 stars
Seeking collaboration w singer/songwriter on Pop/Electronic song a year ago

Michael Hines said...
"It was great to work with Jess. I was looking for a songwriter and collaborator, and she has a dedicated work ethic and commitment. She has the clarity of vision to see past just what exists to what could be. She has an amazing voice, and backs it up with production skills that help make her vision clear and keep the creative process moving. I can't stress enough how helpful this is. She's on top of communication, and despite being half a world away, we never had any problems coordinating. If you get the chance to work with this amazingly talented person, I highly recommend collaborating with her!"
5 stars
Private Gig a year ago

BenBrummitt said...
"What can i say, Jade Mae is a brilliant artist to work with who goes above & beyond to deliver! She's also very approachable in regards to ideas. Highly recommend! Brilliant vocalist & also a great friend! Thank you very much :)"
5 stars
Private Gig a year ago

AzuraSky said...
"Oh my, a review of Jademae? Where to start isn't the question i find myself asking, it's where to stop?!
Her vocal and creative abilities are like a never ending story, so much so Michael Ende himself would be jelous!
Her creativity and fresh idea's paint such a vivid picture in your mind that they make Rembrandt's works look like a child's scribbles stuck on your fridge door! She is a very inspirational and professional young woman who's energy and passion towards music really does resonate with you and inspire you.
You cannot call it work while you are producing a track together with Jademae as her infectious personality & humor make the whole process an absolute pleasure!
Communication with her was a pure joy, extremely helpful and attentive to your particular tracks needs with always a helpful idea or two of her own to add !

To sum up, not only have i made an invaluable professional connection, but also a friend!

You'd be a fool to pass the chance of working with her!"


5 stars
32 back hook - Sleeping dragon a year ago

Paralyzer said...
"She was the first vocalist I ever worked with in my entire life. She made me feel comfortable enough to bounce around ideas and we had complete understanding of each other. She's super dope, we ended up becoming friends afterwards. I would definitely work with her again :D"
5 stars
Private Gig a year ago

A5H said...
"Jess is an extremely humble professional with great ideas and work flow. She has been dedicated and patient with helping me write a track that gives us both a sense of fulfilment. Her passion for music and songwriting is evident. Not only does Jess have an angelic voice, she is also a talented producer with great ideas. An incredible package! I am very grateful to have had her assistance throughout this gig. 5/5"
5 stars