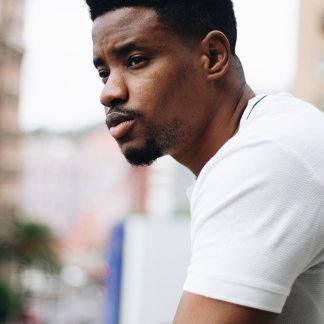 Has written music for the hit television series "Empire" on FOX, Also has writing credits for Jeremih, Chris Brown, and other major artists

Potent in ALL genres of music!

Send me your tracks and I'll turn them around in a short amount of time. Hopefully you like what I come up with, :)

Through Vocalizr already I have had multiple songs reach major playlists on Spotify and have gotten songs featured in film/television. Lets create some magic and opportunities!! :D

ALANPRIDE said...
"the lion is aptly named, we have collaborated several times and thank you for everything .. Nice work, responsive, a lot of talent and fast :))) soon the album"
5 stars
Private Gig 3 years ago

stephenms said...
"Glenn is a great talent and in end gives you what you want"
5 stars
House Track needs Vocal 3 years ago

BRANCHBROO said...
"Really enjoyed working with Glenn, he is a very talented singer and songwriter. Also, he has a fast workflow, definitely would love to work again with him!"
5 stars
Do It 3 years ago

Bonebones said...
"I was very fortunate to have Glenn Travis work on my tune. He just showed it lots of love and delivered an amazing vocal. He's obviously wonderfully talented and as both a singer and songwriter. Has a fantastic voice. Great communicator and super quick with everything. Thanks Glenn. Hope to work with you again!"
5 stars
Private Gig 3 years ago

alexriedel said...
"I worked with Glenn on an unfinished production. Even though the song was not finished and sounded pretty rough, Glenn was able to bring it to live with his vocals. He works and records with quality and in a timely manner. Would strongly recommend him!