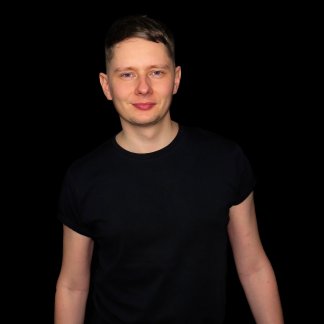 Manchester, United Kingdom
Light The Way feat. Kat Marsh
0:00
0:00
0 likes
22 plays
How Can I feat. Jessica Lawrence
0:00
0:00
0 likes
10 plays
Black Hole (feat. Christina Novelli)
0:00
0:00
7 likes
83 plays
Member Since: June 25, 2016
Studio Access: YES
Gender: MALE
Country: United Kingdom
Genres: 2018 has been hit record after hit record for Craig Connelly including having his Roxanne Emery collaboration ‘This Life’ adding to rotation on Sirius XM’s BPM channel, the biggest dance music station in North America. Other stand out productions are The Universal, The Creator, Trouble In Paradise and his remixes for Bryan Kearney and Solarstone, with fans and critics alike proclaiming him as artist of the year.

His 2018 touring schedule has seen him perform at huge arenas, clubs and festivals across the globe including Dreamstate SoCal, Subculture in Buenos Aires & Melbourne, U4RIA Festival in Toronto, Kearnage at Fabric in London and Luminosity Beach Festival NL.

After debuting at the top of the charts for dance music pre-orders on iTunes, Craig Connelly's 2017 album "One Second Closer" was released worldwide and hit #2 in the iTunes dance album chart. Since it’s released it has amassed over four million plays on Spotify,

The last six years in music production have been prolific to say the least for Craig Connelly, with no less than 18 Beatport Top 10 selling Trance productions to date including five number 1’s and remixes for Armin van Buuren, Gareth Emery, Ferry Corsten, Lange, Andy Moor, John O’Callaghan and Aly & Fila to top it all off.

His vocal collaboration with Christina Novelli ‘Black Hole’ hit number 1 on Beatport in just two days, was also voted by ASOT Radio show as the forth biggest track of the year and the official music video has over 8 million views on YouTube to date.

CEE said...
"Craig is a very talented and professional producer, we made a great track together and I would definitely work with him again!"
5 stars
Private Gig 7 months ago

Tara Louise said...
"LOVED working with Craig! Super kind Producer with a great vision for his track. Highly recommended, I would definitely work with him again!"
5 stars
Trance Vocal 2 years ago

Kat Marsh said...
"Craig is a fantastic producer and it was a pleasure to work with him. The quality of the track was great. He gave me clear directions on the vocals and his communication was extremely professional, which made for a quick turnaround. I hope we get to work together again!"
5 stars
Private Gig 3 years ago

Elle Vee said...
"Super professional, gave me a lot of creative space which I love, great communicator and HIGHLY talented ! Would 100% work with again"
5 stars
Private Gig 3 years ago

JessicaLawrence said...
"Craig is a pleasure to work with. He has great artistic vision, and communicates everything clearly. His composition and production skills are incredible, which made it an overall really rewarding experience to sing over his track. Would definitely work with him again!"
5 stars