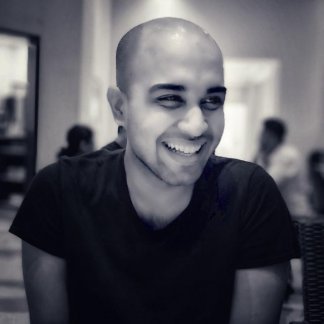 Spotify is relatively new in India. He has more than 100,000+ monthly listeners. Vivek Hariharan has worked across some major feature films as a singer and executive music producer. These are some of the biggest films of the year in India.

He recently was nominated 'Male vocalist of the year' and 'Song of the year' category on Mirchi Music Awards ( One of the most prestigious music awards in India).

He sings across genres (soul, romantic, r&b, pop, rap, rock, and more) and languages. He has released work in more than 14 languages which includes English, Indonesians and others. He is very collaborative and professional. Always experimenting and challenging himself to do pathbreaking music.

You can check him on imdb, fb and insta

Must Rush said...
"Vivek has a powerful and adaptable to many genres voice. He's an expert singer/songwriter and he give you that "extra" you need in to your track"
5 stars
QUICK & EASY JOB FOR A MAN WITH A RASPY VOICE (ROCK/HIP-HOP) 4 years ago

Antoine said...
"Vivek possesses a top-notch voice able to perform powerful rock or haunting cinematic vocals with the same amount of quality. He is very talented, professional and open to feedback. I highly recommend him."
5 stars
I AM LOOKING TO COLLABORATE WITH SINGERS on upcoming EDM album. 4 years ago