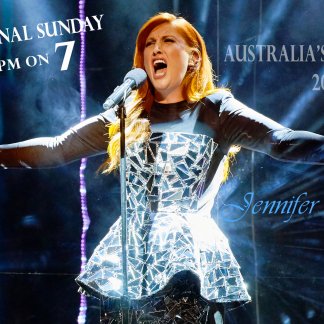 Jennifer has been singing all her life. Born to two musical parents, her first public performance was for over 500 people at age 8. She started studio sessions at 17 as well as live gigs.

Jennifer is classically trained but her work has always been contemporary vocals.

She's been described as having a chameleon voice due to her ability to sing almost any style (including Opera) and the ability to adapt her vocal style to suit the track she's working with.

Jennifer is fast in the studio - that means more for your money.

A perfectionist - you'll never get a 'pitchy', lazy demo from her!

Jennifer's husband is a Recording Engineer/Producer, so you get his expertise as well. He mixes all the demos and most of the DJ/Producers that Jennifer has worked with have greatly valued receiving professionally pre-mixed vocal stems.

Jennifer arranges and sings all backing vocals/harmonies as well as lead. Any tracks listed are all her own vocals.

Doubling is something she does really well to create a 'fat' vocal sound.
That generally means at least 4 tracks of vocals per part/harmony, plus lead and ad-libs.

Jennifer's voice blends well with itself and she has extensive experience singing and blending with others - from Choirs to years of professional studio session work.

Jennifer's musical influences run from Mozart to Metallica and most things in between.

She's not locked in to any style, she doesn't like boxes, and thrives on the challenge of being able to convincingly produce whatever style is needed or desired for the track in front of her.

Jennifer is a songwriter and in the past has written songs for everything from theatre productions to contemporary recordings covering styles including Pop, Big Ballads, Rock, Musical Theatre, Big Band and more. She's added writing for EDM and gets great feedback on her Toplines.

Jennifer is a full tilt Diva - vocally! :)
As a person she's easy to work with, takes direction and constructive criticism well (though she may cry about it later, lol), and she's very creative.
She pours her heart and soul into her vocals, and if she takes on your track, she's fully invested in the project.

Her range is extensive. Technically classified a Coloratura Soprano she sings into the low Alto range with ease. She is often described as a 'powerhouse vocalist'.

The best way to get a feel for her range and style abilities is listen to what she does.

In all the songs you hear, all the vocals are Jennifer, both lead and backing, unless otherwise credited.

Hope that we will record more tunes together again!