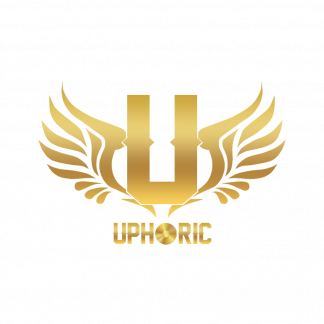 6 members like this audio
53
Uphoric Feat. Victoriya - Voices In My Head
PLAY

0 members like this audio
1
Member Since: April 14, 2019
Studio Access: YES
Gender: MALE
Country: Australia
Genres: Languages: Producer from Brisbane, Australia. Graduated at SAE Institute of Sound.
*Cert. III in Electronic Music & Technical Music Production.
*Former DJ for Big Dance Music Parties and Resident Night Club DJ as well as Guest DJ to many Night Clubs.
*Have worked with a signed Vocalist from the Gold Coast and a few Ghost Productions.
*My Track "Broken Dreams" (Alias Allegra Theodore) made it to "Hold Me Down Radio" in Texas and featured on their 30 day rotation.
Resided in Sydney for a while and am in contact with a Californian Vocalist, however I'm amazed at the level of talent this site has to offer as I recently discovered it.

I predominantly write Trance but also work with other Genres as I have a love for a lot of them listening over the years.
Currently working on a Deep House track as well as the main challenge, to write a Late 90's/Early 2000's Pop Track.
That is a Britney Spears (Crazy)/Christina Aguilera (What a girl wants)/Mandy Moore (Candy)/
*Nsync (Tearin' up my heart)/Backstreet Boys (I want it that way) style of track.
I miss that sound and see a lot of people crave it.

We could be the ones who brought back the Millennium.
Uphoric Featuring Noella Nix - Broken Dreams
PLAY

6 members like this audio
53
Uphoric Feat. Victoriya - Voices In My Head
PLAY

emmyvox said...
"Great track!! Worked on it for a few months and glad it turned out the way it did! Glad to work together again :)"
5 stars
Private Gig 7 months ago

TLSOfficial said...
"Uphoric is fun to work with, super friendly, and his music is insanely good. I thoroughly worked on the track with him, and hope to do so again in the future. We jibed very well, and he contributed some lyrics to the overall message, which ensured that it fully conveyed what we both were trying to say. He was very patient and detailed in his instructions, but also allowed a bit of creativity on my side. A thoroughly enjoyable experience."
5 stars
Vocalist Needed for Classic Style Trance Track 7 months ago

CEE said...
"Uphoric by name, uphoric by nature. This guy has incredible talent in production and we’ve made some fire! Totally unique and very professional! I would 200% recommend. 5 stars!"
5 stars