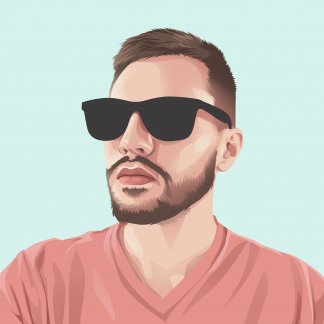 I am Stoned Bears, a music producer from France. I have been producing for a few years now in different styles such as Deep House, Tech House, Tropical House, Nu Disco but also R&B, Hip Hop, Rap, Trap and Pop.
Styles are not a blocker for me, I love to produce everything, I also mix and master my productions myself.
I have my own home studio and working with professional gear and soft.
I am enclosing a few songs to my profile, the rest can be found on Soundcloud or Spotify

Vocalists,
If you need full production, mixing or vocal processing, feel free to reach out to me ! :)

Producers,
I'll be pleased to do collaboration with you as well!

EmySmith said...
"Great producer! knows exactly what he wants, and gives references to make it easier for both parts! Would definitely work with him again :)"
5 stars
Songwriter/Singer for Pop/RnB/Trap instrumental 2 months ago

kevbim said...
"Great to work with!!! Knew exactly what he wanted which always makes the job a breeze. Absolute pleasure. Would be more than happy to work with him again. 10/10"
5 stars
Songwriting/Singing for deep/tech house track 3 months ago

Sophie DeFrench said...
"it's a pleasure being able to work with stoned bears because he allows me to freely jump into my creativity and always has a well done track that makes it easy to do so. Can't wait for the next:)))"
5 stars
Songwriter/Singer for Pop/House song 3 months ago

Lyons & Vinn said...
"StonedBears was super professional and fun to work with! He knew exactly what he wanted and communicated effectively. We had complete creative freedom while writing on his track and his input was super helpful too. He has such a good ear for what sounds good, which made things flow smoothly. Will definitely work with him again! :)"
5 stars