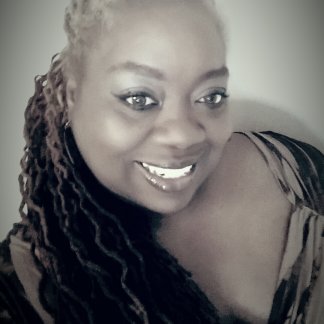 GA Music Award Nominee, Simply T known as Tina Glenn was born and raised in Winston-Salem, NC. She grew up with a family of great singers who shared the love of music. Her mother, aunts and uncles sang in the church choir, but her mother often played music of all genres, therefore exposing her to the great sounds of R&B, Blues, Jazz, and other alternative music. She was inspired by the great vocals of artists like Patti Labelle, Whitney Houston, Stephanie Mills, Shirley Murdoch, Aretha Franklin, Gladys Knight and other strong female artist. These were just a few of the many artists that she tried to mimic throughout the years as she developed the strong vocal range and vocal style that she has today. She describes her style as being R&B/Neo Soul, with a touch of Jazz, but also has a good voice for Gospel. Simply T states that her goal is to “capture her audience with the type of music that would feed their souls and entertain their minds.” “Pure Therapy” is what she calls it.

Simply T participated in chorus and other musical productions, from elementary school through high school which includes the well-know opera “Don Pasquale.”It was at the age of 7 when she sang a gospel song with a newly assembled children’s gospel group, when her family discovered that she had a great singing voice and encouraged her to pursue a career in music. Throughout her years she has surrounded herself around other music artist and musicians, some who have inspired her to do what she does best, sing and create good quality music. Finally after being encouraged by her first manager Adrian White (King A, from the Hip Hop Group, Kings of Pressure out of New York), she decided that it was time for her to pursue her dream. With further encouragement and direction from Zonte Davis, and hooking up with producer Adam Miller (21Soul7), she went on to write and record her first singles.

In an effort to network, and continue to educate herself about the music industry, Simply T has become a member of WSAATL(Writing Sessions America), , based out of Atlanta, GA., which is a collaborative effort of singers and songwriters of the R&B, Soul, Gospel, Rock and Pop genres working together to form bonds, build businesses and grow their brand while creating and preserving good music. WSAATL’s initiative is to provide an environment of music business development and education that fosters professional was created by Executive A&R Consultant Kevin Shine.

Simply T is currently working on a new EP with Rapper/Producer/CEO, "Locee" of MobTalkMusik. With singles like “Can’t Trust You”, “Chocolate Fantasy”, and “Don’t Waste No Time”, she is sure to satisfy the listening appetite of many audiences.