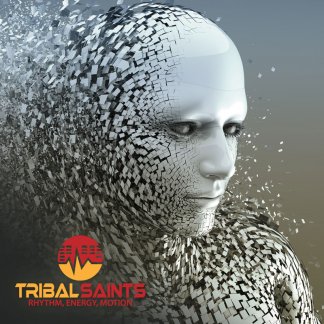 New York, United States
Tribal Saints Topline Demo (co-writer/writer)
0:00
0:00
1 like
38 plays
Member Since: January 26, 2016
Studio Access: YES
Gender: FEMALE
Country: United States
Microphone: Telefeunken CU-29 Copperhead
Genres:
Sounds Like: Calvin Harris 6 DAVID GUETTA 4 Ellie Goulding 3 Zedd 4 Major Lazer 3
Vocal Styles: Pop Diva 3 Soulful 2 Diva 3 Rap 3 A Capella 1
Vocal Characteristic: Crisp 3 Silky 2 Smooth 2
Need topline, lyrics and/or melodies written for your song? That's what we do, we can add a commercial vibe to your track and complete your project on time with the quality you expect. We have male and female singers at our disposal so we have your project covered.

Specializing in EDM, POP, RnB and Hip Hop. We're looking forward to working with you!

Highlights include:
✪ Our single Celebrate hit #56 on iTunes top 100 Dance Chart.
✪ Destiny (a co-write) reached #30 on Billboard's hot dance club chart and remained on the DJ Times chart for over 6 months.
✪ We produced and co-wrote the single “Reach For You” which was featured in the film, The Coalition, and included on the soundtrack.
✪ My Obsession (a co-write) reached #1 on Kings of Spins top rated tracks .
✪ Airplay includes Sirius radio, AOL radio, mix shows, international radio and even Myspace music.
✪ We have had the honor of writing with hit songwriters Bruce Sudano & Donna Summer and international artist Ian Erix.
✪ We did a remix for famed disco artist Meco, famous for his Space Disco Star Wars theme.
Tribal Saints Topline Demo (co-writer/writer)
0:00
0:00
1 like
38 plays
PLAY
Topline writer for track provided
BIDDING ENDS IN 7 DAYS
Looking for: MALE OR FEMALE VOCALIST
Budget: $300 - $300
Bids: 5
Avg Bid: $360.00
VOCALIST REVIEWS PRODUCER REVIEWS EMPLOYER REVIEWS
WANTED YOU FOR NEW SONG 4 years ago

Elevate Me Later said...
"One word,fantastic!
It'd been great working with Tribal Saints,very professionel!
And i will do it again!
Thanks!"

JessieWagner said...
"These guys are great writers and producers, pop sensibility with a nice edge, I highly recommend them."
5 stars
Topline for tropical house track - Artist feature available/TBD a week ago

Damvic said...
"we made a great one together,Really lovely beat. he is one of the best Producers on here no doubt, hope to work again soon"
5 stars
Private Gig 3 weeks ago

CoryWade said...
"Total pros! They wrote and produced a great track and have the ability to create on the spot, awesome experience! I'm hiring them for my next song."
5 stars
Private Gig 3 years ago

DiMi_Marc said...
"Very fresh work and creative ear. Hope we get to work again in the future"
5 stars
Vocals for Tropical House - DEMO REQUIRED - Open 7 to 10 days 4 years ago

Dianne Lee said...
"Thanks a lot!Great working with you!"
5 stars
Private Gig 4 years ago

Carly Lind said...
"Rob was a breathe of fresh air. He gave me an awesome guideline to follow and was so quick to respond to any questions I may have had. His melodies he wrote were really enjoyable to sing and his production was really something great! I would absolutely work with him again."
5 stars