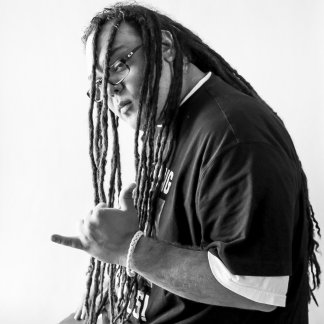 Las Vegas, UN
HOU5E LIFE
0:00
0:00
1 like
21 plays
DO IT FOR THE VEG (for sale)
0:00
0:00
0 likes
3 plays
JACKEL - Just Fine FT. ZAZA (RV3RS Remix)
0:00
0:00
1 like
13 plays
Member Since: August 14, 2017
Studio Access: YES
Producer Fee: $500
Gender: MALE
Country: UN
Genres: Bio: RV3RS was first captivated by Underground Hip Hop growing up in the streets of Denver, where he would listen to this music nonstop, constantly reflecting on the messages portrayed in each and every track. Hip hop stole this young teenager's ears and opened up a new world for this skateboard-loving musician. "The lyrics carried a greater message, speaking about real aspects of life, and the beats completely blew my mind away! They were so complex and well thought out, I kept wondering who was making these beats that I was absolutely infatuated with, but more importantly how were these beats being made." From then on it was set it stone for this young teenager to pursue his love for music.

Music kept Vers out of the many troubles that most rebellious, young teenagers face, and he declared music to be his guardian angel. Some of the major musical influences on this young adolescents life include Living Legends, Dilated Peoples, Hieroglyphics, and Wu Tang. In middle school, Vers enrolled in band where he learned to play the drums, and he even took a class in high school at a facility called Career Education Center where he found another sound that he fell in love with, the piano. There, he learned how to read music and play the keyboard. With these newfound skills, this youths ambition to start building a studio of his own, strengthened.

After a few years of living in Las Vegas, this 15 year old music genius began creating music on a Playstation beat programming game called, MTV Music Generator. Vers started networking with other music producers and lyricists in the Las Vegas area. He began an internship position at a studio owned by a inspirational musician named Eric Long. This is when Vers added a few key pieces of equipment to his own home studio, one of which was a Roland MC 505. Vers remembers making beats on that drum machine and an old computer, using both FL Studio and Acid Pro, however those programs did not meet his satisfaction. He soon discovered new programs that would change his way of making music forever.

Vers was introduced to Reason, Recycle, and Pro Tools in early 2008. When Vers began using Reason, he discovered a newfound love for music that he had never imagined possible. It was at that moment he knew that it was his life's mission to create a new sound for this future era.