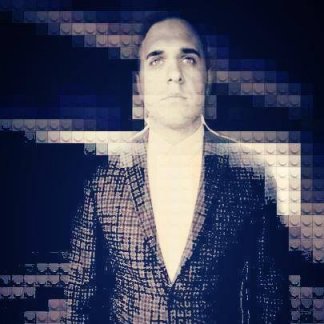 Loui Andrew George is a singer, performer, session musician and singer/songwriter from Bristol, UK living in London. By the time he was 12 Years Old he had won numerous competitions for his school at a national level. He sings Soul, Gospel, Jazz and Mo town but is incredibly versatile and has featured on House and Dance tracks ,performing with his own characteristic flair. He attended Access to Music ( Ed Sheeran, DJ Fresh). This is where he studied for 2 years on the Performing Musician Programme working with Music Business professionals. Loui works on his song writing and has helped write/produce for Other artists. He also does session work for producers across the world including Switzerland, Spain, Argentina and Israel. During spare time he works with other vocalists, bands etc wherever possible to create new and exciting opportunity's.

JaguarNights said...
"Loui was very professional and I would not hesitate to work with him again."
5 stars
Private Gig 4 years ago

Jamiew said...
"Pleasure to work with and done everything i asked. Made the whole thing run smoothly and would easily work with lou again :)"
5 stars
Need some catchy vocals for commercial tropical house track 4 years ago

karlswix said...
"From the start until the end: this guy gave me what I wanted.
Very professional ... Great voice.
Would definitely like to work with him again :-)"

Emulate said...
"For my 1st ever vocalizr experience I was very happy with the result from Loui. He managed to coming up with a chorus idea that really lifted the track in way I could not.. another 1st for me. Loui worked hard and efficiently to produce everything I was after. Loui has a talent for melodies and a unique voice and I would definitely consider him again for a future track that his voice would be suited for. Thanks Loui! :)"
5 stars
Iam seaching for a singer 4 years ago

Ben Powers said...
"He`s a great singer! Especially his voice is awesome! He did exactly what you want and he and works on it and record it again until you 're satisfied. The quality of the stems is also great!! I can highly recommend him!! Thanks for the great vocals. - Ben Powers of DayJump"
5 stars
Vocals needed for pop track 4 years ago

RedEye said...
"Louie was very professional and conscientious. He was provided,me with an accurate vocal interpretation of each track and also provided his own variations, complete with new vocal harmonies. His communication was excellent and I would definitely collaborate with him again."
5 stars
For Loui 5 years ago

DBM said...
"Loui is an excellent singer & songwriter! He has the whole package and I would love to work more with him in the future."
5 stars
Looking for vocalists for several demos 5 years ago

DBM said...
"The work with Loui was absolutely great and I would love to work with him again. He's super professional and delivers VERY fast high quality material! Any time again!"
5 stars
Private Gig 5 years ago

kellysylvia said...
"Loui was an absolute pleasure to work with. He is very professional and is quick to turn around ideas and vocals. I would definitely recommend him and look forward to working with him again."
5 stars