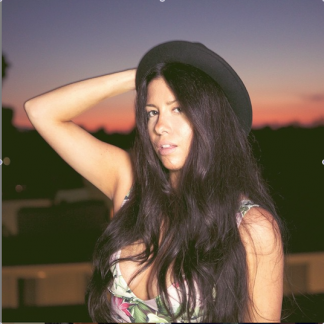 In 2014, I started my career as a professional topline artist. I placed a song called Alone with trance legends, Cosmic Gate. It was the second single off their album, Start To Feel. I then embarked as a featured act on their North American tour.

I have also placed with other great EDM artists like Andrew Rayel, MiTis, Nurko, and Frontliner.

Many of the songs I’ve written have been on top Spotify playlists like New Music Friday and Crate Diggers. I’ve also had several tracks on the YouTube channel Mister Suicide Sheep.

My writing has range outside of EDM. I have also writtens songs that have placed in campaigns for major brands like Pepsi!

I’ve also placed songs with some of the biggest pop acts in China.

As a session vocalist, I work regularly in studios in LA when producers need a vocalist to bring that special something to their track.

If you’re looking for a topline for your next track, or a vocalist to make your track shine, then let’s work together.

I have a fantastic engineer that I can record with. But if you are in LA, I am also able to come to you.

I look forward to working together!

DavidWave said...
"Kristina is an incredible singer. Her voice is wonderful and it's a great pleasure to work with. It's the first time we collaborated together and she has been perfect. Great attitude, great voice. Her writing skills are awesome as well. If you want to make the next big hit Kristina is the one you are looking for ;)"
5 stars
TOPLINE - FEMALE - Downbeat 4 months ago

LudvigAlexis said...
"Kristina is amazing! Professional workflow, great writing/vocal/listening skills as well as a passion towards achieving top results. I look forward to working with her again. :)"
5 stars
Looking for r&b vocalist to record song 5 months ago

bigmood said...
"The end product exceeded my expectations so I will review based on that, great job!"
5 stars
Vocalist needed for electronic pop track "Sea Inside" 8 months ago

Adam Lonely said...
"Kristina you're extremely hot!!! Track will be signed! Thank you)"
5 stars
Vocals+Lyrics for Melodic/Pop Dubstep track a year ago

Rave New World said...
"I had an amazing experience working with Kristina! Fast turnaround, easy to collaborate with, and an amazing final result–even better than I had imagined. Super proud of what we've created together and hope to work together again!"
5 stars
Need a Vocalist for Future Bass [Lable Release] a year ago

JADE KEY said...
"Kristina is really greatest artist! She delivers more than expected:)
She is kind, takes care of what the producer wants and tries to satisfy it. And the finished vocal is so amazing and perfect. I will enjoy working with her again.
Strongly recommended!"

5 stars
Moonlight a year ago

Saint Scheriff said...
"A truly amazing artist and singer. Great communication and cares about the song production equally as much! Highly recommend!"
5 stars
Private Gig a year ago

demarcothree said...
"Crazy singer, very deep lyrics, enviable availability and professionalism.
I am really happy with the work we have done and I would be delighted to work with her again!"
5 stars
Looking for singer to sing this progressive house dance music a year ago

HEU said...
"Such an amazing voice and professional working ! So nice to work with :D"
5 stars
Progressive House (EDM) Vocal & Lyrics needed a year ago

FelipeTocca said...
"Amazing professional. Great attention and care on the details that matters on the sounds. Extraordinary voice. I have only good things to say about Kristina's work."
5 stars