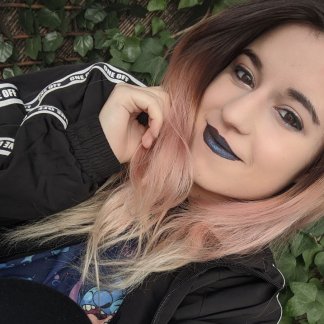 Hey! My name is Danae Segovia, I'm a 23 years old Singer, Composer, Songwriter from Spain. Able to sing in Spanish and English, but pref english.

I have been working in the music industry for as long as I can remember. I'm looking forward to work with you!

YaYa said...
"This is our second time collaborating with Kirsa and it was once again a great pleasure to work with her. Her professionalism during the full process (communication, interpretation of the song, creativity, excellent revisions and great recordings) was top-notch and I couldn’t have asked for more! It would be a pleasure to work with hear again in the (hopefully near) future - 10/10!"
5 stars
Private Gig a year ago

YaYa said...
"I absolutely loved Kirsa’s vocals! She was very professional in every aspect of the process (timely delivery, recording quality, interpretation, uniqueness and creativity) and it would be a great pleasure to work with her again in the near future."
5 stars
Vocals needed for EDM track a year ago

BWrightMusic said...
"Kirsa is really accommodating. She's willing to make changes when asked to. She responded quickly when messaged. Also, her vocal/songwriting talent was/is a perfect fit for my track. I would definitely work with her again in the future."
5 stars
Private Gig 2 years ago

Andy J said...
"Great vocalist, lovely voice, and really easy to talk with! Hope I get the chance to work with her again!"
5 stars
Private Gig 2 years ago

KayLan said...
"Even catching a very big cold will not prevent her from being the singer you've always dreamt to work with."
5 stars
Private Gig 2 years ago