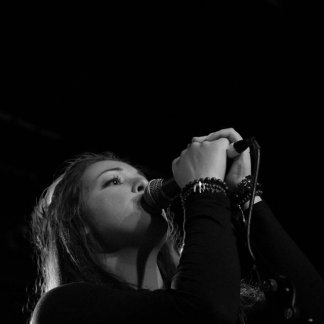 Jess graduated from Western Australian Academy of Performing Arts in 2014 for Contemporary Music Performance (Vocals, Guitar and Songwriting).
She has since been doing regular work from her home studio as a professional session vocalist across various electronic music genres, as well as being lead singer in Melbourne-based Psych-Shoegaze band Wild Meadows.

She has an eclectic style with many influences and aims to produce the best possible results for all music-related projects.

Rift said...
"Great to get the opportunity to work with again, fantastic vocals"
5 stars
Looking For a Vocalist and Songwriter 4 years ago

G.D.L.B said...
"Very generous and polite in a professional manner. :)"
5 stars
Open to all singers 4 years ago

Linc said...
"Really enjoyed working with Jessica. She was quick and had no hesitation to make any changes I requested. She also had some great ideas for extra depth, which really helped with the process.

Would definitely recommend and work with again."

Cam Colston said...
"Again, Jessica has delivered an excellent vocal with quality lyrics in a timely manner. Her unique voice is a very welcome addition to the track, and I look forward to working with her again.

Personable and professional, I fully recommend her to anyone looking for top notch topline/vocal work. You will NOT be disappointed!"

salem said...
"Working with Jessica was awesome,she helped me to bring another level of energy into my track. Good job."
4.5 stars
Colours - Top line write and recording 4 years ago

craigconnelly said...
"Jessica's performance and writing ability is nothing short of exceptional. She wrote an incredible top line for me that had real integrity, substance, depth and passion. 100% Professional and committed herself to the work at all times. Cant wait to work with her again."
5 stars
Pink Beach 4 years ago