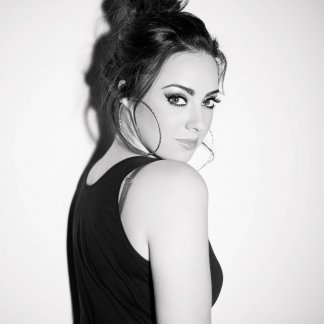 Originally from Adelaide, Hayley Teal pursued her passion for singing and songwriting from 10 years old. In 2003, at 13, she made the top 5 of the ‘National Songwriting Competition’. A year later, she wrote and recorded her first EP which lead to a record release with an independent label. “Chocolate” was her first album and radio play, released locally in 2007. Hayley also won ‘SA Vocalist of the Year’ in 2005.

Now in Melbourne, Hayley has accomplished many feats as a professional singer. In 2010, she competed in Channel 10’s ‘X Factor Australia’, coming in 6th place out of 10,000 entrants, under the mentorship of Natalie Imbruglia. In 2014 and 2015, Hayley also contributed her immense vocals to Channel 7’s ‘Dancing With The Stars’ as a resident singer, a role which required range, versatility and stamina. It was this same talent which won her the honour of performing the National Anthem at the 2015 Caulfield Cup, broadcast nationwide, on Channel 7.

After sharing the stage with household names such as Tina Area, Diesel, Ronan Keating, Delta Goodrem and Ricki Lee, Hayley released her 2015 EP “Do You Love It” which reached #14 on the iTunes top albums charts. The record showcased Hayley’s natural aptitude for songwriting, and her flair for blending genres, creating an album with roots in RnB, pop and dance.

In 2016 Hayley landed a record deal with Ministry of Sound Australia for the release of her remake “I Don’t Want To Wait” with producer Alius. The single was featured on MoS’s summer anthem compilation and reached #1 on the iTunes dance charts, #8 of the overall iTunes charts and #3 on the official ARIA compilations charts.

Another massive accomplishment in 2016, was landing an international TV advertisement syncing deal with Maybelline New York, featuring a song Hayley performed, co-wrote and co-produced, which will be broadcasted globally in 37 countries for their most anticipated product of the year.

Bringing her expertise in vocals and performance, Hayley is a world class performer and singer. With her versatility and amazingly extensive repertoire of over 1000 songs, Hayley performs around Australia and Internationally to blown away audiences.

““World class, voice. World class.””
— Guy Sebastian
““Wow, whopper talent, whopper voice.””
— Ronan Keating
““That was lovely.””
— Sir Richard Branson
““Hayley is an amazing its rare to hear a voice with such diversity, range, dynamic and personality. As a singer the most important thing is making people FEEL something. As soon as I heard her voice, I was a fan!””
— Ricki Lee
““Hayley is the total package; an exceptional vocalist, musically gifted, original, beautiful and a great girl to work she is what the Australian music industry needs.””
— Natalie Imbruglia
““Hayley is one of the most extraordinary singers Ive had the pleasure to work with, a world beater!””
— Chong Lim
Hayley Originals Demo 2017
0:00
0:00
7 likes
240 plays