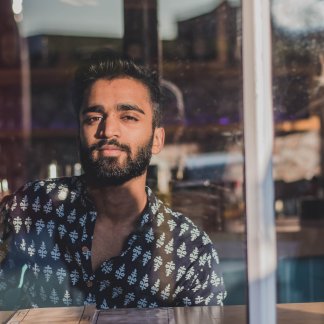 London, United Kingdom
Never Over You (ft. Leo Xia)
0:00
0:00
2 likes
19 plays
I'm Losing Myself (ft. Nick Jacobs)
0:00
0:00
1 like
7 plays
I'm Falling By Your Side (ft. Manu Smoger)
0:00
0:00
1 like
5 plays
Member Since: April 25, 2018
Studio Access: YES
Producer Fee: $100
Gender: MALE
Country: United Kingdom
Genres: Languages: “Purveyor of chill vibes with a feel-good atmosphere that can be enjoyed anytime” is how Unluv describes his approach to music. Born in India, brought up in Nepal and studying in London, his life has been an amalgamation of various cultures and lifestyles. Being sad is part of the journey we are all on. Unluv embraces this concept and quotes that you must “ironically be happy about being sad’ in order to tap into deep and powerful emotions otherwise unavailable.

During his secondary years at school, his peers introduced him to the form of music that Unluv now feels so passionately about. A simple google search at 16, ‘How do DJs produce Music?’, changed the way Unluv viewed music. Now, we are presented with an artist that has dedicated days and nights to perfecting the craft of electronic music production and songwriting.

The debut single ‘Never Over You (ft. Leo Xia)’ is to be released on 11th October, followed by the debut EP ‘Love is Over-Rated’ on 25th October. The EP is to host 4 original songs, all produced by Unluv and featuring artists from USA, UK and Germany.

Frio has no reviews.