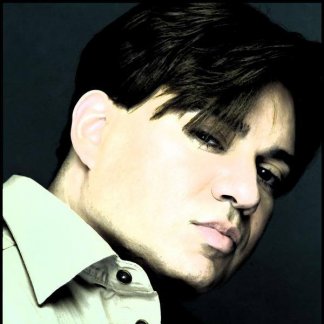 "The hymns we used to sing in church were totally boring. I wanted to sing something soulful and funky."

After falling from the choir's grace (DAMIAN still insists to this day that he had something on when he lifted his choir robe in front of a packed congregation, although reliable church eyewitnesses say otherwise!) DAMIAN decided it was either the entertainment industry or reform school, so he chose what many people would consider to be the unwise choice: The Entertainment Industry!

DAMIAN has appeared on numerous dance singles worldwide and has had releases on many well-known labels including major label Universal Records, as well as independents such as Italian label Media Records and Radikal Records USA. He has written the melody and lyrics to all of his original singles, and is an ASCAP songwriter and publisher.

DAMIAN released five singles under Amathus Music which garnered worldwide attention and global radio and mixshow airplay, and were featured on instore playlists for major retailers such as ABERCROMBIE & FITCH, ADIDAS, TOMMY HILFIGER and on AMERICAN AIRLINES. One of these singles, "SAY YOU WANT ME" featured remixes by the legendary Guido Osorio, of the world-famous production team Razor and Guido, and was a staple of dance floors and radio mix shows all over the globe.

DAMIAN’s single "READY TO FLY AWAY" was a featured track on the cd compilation "CHRIS THE GREEK PANAGHI - WORKING THE MIX" on Water Music Records/Universal.

DAMIAN also performed a dance cover of the massive worldwide smash BreakEven (Falling To Pieces) by the Irish band The Script, which was released on independent US dance label KULT Records.

Currently, DAMIAN is plotting his next move and working on new material set to be released in the near future.

Musically, DAMIAN finds inspiration in various styles of music, but was heavily influenced growing up by classic artists from Motown and the disco era, by the timeless soundtrack of the 80s dance scene and by everything else in between!

"Music is always changing," DAMIAN says, "so I am always finding new influences."

In an industry where performers come and go, DAMIAN WILD is here to stay.