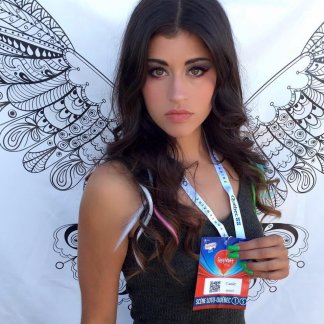 Montreal, Canada
Member Since: March 26, 2017
Studio Access: YES
Vocalist Fee: $300
Gender: FEMALE
Country: Canada
Microphone: AKG
Genres:
Sounds Like: Rihanna 1 Lady Gaga 0 Selena Gomez 1 Ariana Grande 0 Sia 0
Vocal Styles: A Capella 1 Choir 1 Pop Diva 1 Soulful 3
Vocal Characteristic: Crisp 2 High 2 Smooth 4 Strong 2
It's natural for me to create and sing catchy melodies, because I really like pop music. I started singing in a choir when I was 11 and taking lessons at 12. Since then, I did a lot of live performances with bands, street performers and on television singing National Anthems at a Montreal Canadien's hockey game. After studying in jazz school, writing music became a real passion for me. My influences are Michael Jackson, Aretha Franklin, Billie Holiday, Rihanna, Justin Bieber, Sia, Celine Dion and many more.

Cryptyc said...
"Klory is an amazing singer. She has a great feel for the music and is easy to work with. Look forward to working with her again!"
5 stars
Private Gig 3 years ago

stephenms said...
"has much ability as a singer"
4.3 stars
Private Gig 3 years ago

MarcBrothers said...
"Chloé is very nice to work with. She works like pro. And she's having a beautiful voice. I would highly recommend Chloé"
4.3 stars
Private Gig 3 years ago

Hekta said...
"Fantastic singer and songwriter. Easy to work and communicate with :)"
5 stars