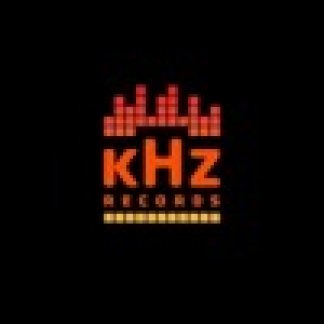 The starting point in my career was working in "Alex Fokin RadioBand" back in 2007 as a sound-engineer (studio editing, stageman, monitoring engineer). I was involved in such projects as DVD Schiller 2008 (Part "Live in Kyiv"), shows with “Schiller”, Freddy Ravel, Walfredo Reyes.

After that, I was fortunate enough to work in "Studio 211" since 2009 in Kyiv as a recording engineer/editor with such bands as Dymna Sumish, Liapis Trubetskoy, etc.

Then, I've opened my own recording studio/rehearsal place "kHz records". Please, go to my SoundCloud links to check out my works.

Now I live in Berlin, compose new music, play with different musicians. For me it's not just another job, it is an inspiration and collaboration which helps me grow.

Khaino said...
"Great experience as usual. Working on his productions is always funny and easy, he leaves room for your creativity, and is really an easy person to communicate with. Highly recommended!"
5 stars
Need vocal and lyrics for my new production 12 months ago

Khaino said...
"I had fun and worked very easy and seriously with him, as usual. It's always a pleasure work with such a producer. Highly recommended."
5 stars
Need vocal and lyrics for my new production a year ago

Adam Benjamin said...
"A delight to work with! Let me know if you need anything else :)"
5 stars
Need vocal and lyrics for my new production a year ago

Khaino said...
"It's not the first time I work with Oleksandr, but it's really always a pleasure. Fast and precise in communication, beautiful ideas and the intelligence to give space to your creativity make him highly recommended!"
5 stars
Need vocal and lyrics for my new production a year ago

6runo90 said...
"it was easy and fuid working with Alexander !!! what i really liked is that is looking for unique staff and he still rock !!yeahh !! ill defently work again ;)"
5 stars
Need Vocal and Lyrics for my new pop song a year ago

Iva Rii said...
"Would definitely work together with you in the future. Please keep me in mind for future considerations."
5 stars
Need vocalist/songwriter for my fresh rock instrumental 2 years ago

JenRich said...
"Another great project with Alex. So easy to work with. Keep 'em coming!"
5 stars
Need vocalist/songwriter for my fresh rock instrumental 2 years ago

LaytonKeely said...
"Great working with you!"
5 stars
Need vocalist/songwriter for my fresh rock instrumental 3 years ago