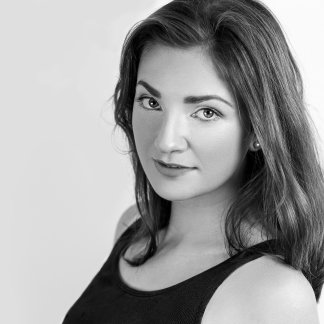 Alex Holmes is an EDM and Pop songwriter and vocalist based in London. She has worked with hundreds of producers worldwide in many genres ranging from Pop to Hardstyle. Latest releases include Universal, Sony, NCS and Revealed Recordings She has also had releases featuring alongside Pitbull, Sean Paul, Mashd n Kutcher.

Alex is Published and managed by Jacobs Ladder Music and endorsed by Roland and Sontronics UK.

Min the Universe said...
"Alex is a professional who has been a pleasure to work with. Communicates and takes feedback well. Fast turnaround times - we connected initially on a Friday, and I received a first draft that following Monday. Subsequent revisions took ~1 day. She wrote catchy melodies and harmonies with no guidance from me. Has access to pro studio equipment. Accurate singing pitch that requires no software tuning (which saves me a ton of time). Great / fun attitude from start to finish. Will surely work with her again."
5 stars
BSOul, Infinity House - ID 6 months ago

InfinityHouse said...
"Amazing experience work with Alex! Easy and professional with a good communication and a perfect work :)"
5 stars
Private Gig 7 months ago

Eaje said...
"Alex truly is an artist! She takes feedback well and added her flavor to our track! My partner and I are so excited for the world to hear what we've done, with the help of Alex. We would recommend her again and again. We are looking forward to our next project.

Beside that an outstanding consultant for all my business-related questions, and patient despite my sometimes naive beginner-questions :))

ReteezNBurn said...
"It was a great collaboration. Very professional and reliable."
5 stars
Private Gig 9 months ago

backw4rds said...
"It was a pleasure working with Alex. She provided high quality lyrics/ recordings and worked on the vocal until it was perfect. Can't wait to work with her again!"
5 stars
Sail away 10 months ago

Oorspray said...
"Working with Alex was a very good experience. I wrote some lyrics which she improved a lot while keeping the original idea of the song in mind. Furthermore her voice is beautiful and the communication was also pleasant."
5 stars
Incredible vocal needed for Trance release a year ago

craigconnelly said...
"Extraordinary vocalists and writer which helped create one of the stand out records of my career so far. Exceptionally talented."
5 stars
Private Gig a year ago

HANZY said...
"nothing but kind words, so easy to work with"
5 stars
Looking for a Singer to release this song with a year ago