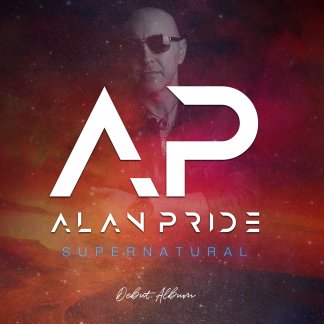 His second title, “One Desire”, under the pseudonym of JAKARTA, soon became an international hit, broadcast on all radio and TV channels in Europe, and ending up with a gold disk !

“In Heaven”, the next year, followed the same path.
2010 was a rich year :
-First of all, “FEEL ALONE”, signed on his brand new label (Njoy Records), reached the TOP 30 Yacast , was broadcast on all important radios, and licensed on numerous compilations and territories. -Then, “I’m Free”, featuring Willy William, copublished with HAPPY MUSIC, is still played on Fun Radio and NRJ , among other important radio channels, and recently reached the TOP 40 yacast, again.

In May, 2012, Alan Pride takes(brings) out his new DISCO single CHORUS GIRL and still he is played by numerous radios and clubs.

Mars 2013: Alan Pride joins to American talented artists 5 star Hoodz to take(bring) out his quite new single with a version FR of Bel-Mondo.

In August, 2015: he returns with a new single "BABYLON" already classified in the top club 40 YACAST and playlisté by numerous radios

SEVDA B said...
"Very Talented producer, loved the track and can't wait to hear the final version, I'm very happy with the song we made together :)"
5 stars
ALAN PRIDE - SUPERNATURAL ALBUM ( 10 ) 3 years ago

OMZ said...
"Alan is not only a brilliant producer, but he's also a great collaborator. We created a brilliant piece of music in a relatively short time frame, and I'll definitely be working with him again in the near future!"
5 stars
ALAN PRIDE - LEAN ON COVER 1 3 years ago

OmarFarouk said...
"ALAN PRIDE is a great proffesional...he has patience and i will gladly work with him again"
5 stars
ALAN PRIDE - ALBUM 2017 (9) 3 years ago

AlexHolmesMusic said...
"It was a pleasure working with Alan! Such a great track, very skilled producer and easy to work with! Looking forward to doing more together :)"
5 stars
ALAN PRIDE - ARE YOU READY FOR THE DRUMS 5 years ago

DOMy Gee said...
"Alan is a talented Professional!! Gets back to you right away,Versatile as a music producer, and I am looking forward to working with him in the future. #Innovate @WrittenByDom"
5 stars