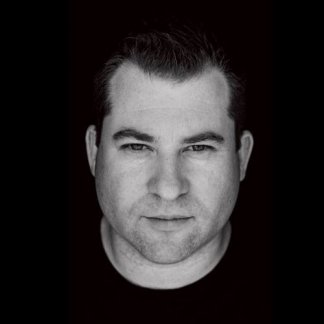 Following in the footsteps of his DJ father, Jared Marston the face behind many act's isn’t anyone to question with a mission to experiment on every sound level. Born and bred in Australia, Jared's talent brings a tort string of studio accolades across all genres of house & techno , after sitting behind the decks since he was a child. With the next release To The Top on Sharam Jey's label Bunny Tiger , its only getting bigger.

Holding true to himself and inspired by the people who move before him, Jared leads dance floors on a passage from his studio to the clubs. In the studio its emerging technology within the industry that brought this profile to the forefront. Two decades ago saw the first show at Chevron in Melbourne light up Jared’s credibility, while moving into the Base Cartel project remixing for Dirty South, TV Rock , Funkerman and more. As a solo project, Jared's veracity drew an unparalleled outbreak in the intelligent music world withstanding the industry’s evolution, respected by paramount icons from Roger Sanchez , Nari and Milani to Markus Schulz.

From DJ to Producer, Jared carries wealth of musical aura from promoting Melbourne’s best beach parties in Sorrento with Mobin Master and Tate Strauss to lining up on events weekly with John course and Ivan Gough. On requests on the other side of the world with Guy Gerber and Timo Maas, territory doesn’t stop him.

With originals to take out charts with charm, Superhouse with Ryan Riback shook #15 on Aria club chart, while Work, Money, Party, Bitches peaked at #5. Heartbeat with J Nitty not only smashed the Beatport top 100 but also was renowned on the spin with Carl Cox in Ibiza . Taking out #5 on the Aria was Don't Stop Believing with Broz Rdz and creeping about the top 10 was original hit Monster .

For years the billboard charts, Beatport and Aria’s have been grilled by the Jared's sounds. On remix demand, a standout for Jean Claude Ades & Sam Obernik - Work of Art walloped #3 on the UK club chart while Nu-Mood’s Muciaco took out #7 spot in Italy’s iTunes’s chart. Covering the globe, Jared’s beats have been featured on copious releases across Onelove, Ministry of Sound, Pacha and Vinyl Pusher while being responsible for compilations across dance music’s hottest labels.

Only for the music and only with the crowds, Jared Marston brings it every time.

jaredm has no reviews.