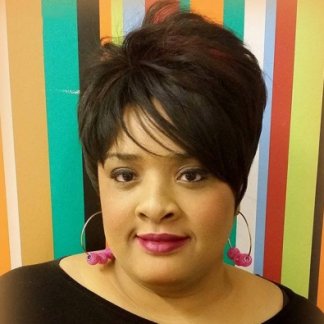 Born and raised in London, England, UK to Caribbean parents, she grew up in the East end of London.

At the tender age of 1, it was already evident to her family that Gillian had a connection to music as she would come alive and walked for the first time to Bob Marley’s recording of ‘Could you be loved?’

Gillian was exposed to even more music in her early years as she was born into a musical family and her mother began attending a Pentecostal church in 1984. This is where Gillian first heard the sounds of Gospel music.

In music classes at school, she was ahead of her peers and it was evident to her music teacher that she possessed a hidden talent.

It wasn’t until 1992 that her talent was really recognised and she was asked to become a part of her church youth choir. At the age of 12 she was given her first lead vocal role and sang her heart out to the gospel song ‘ Jesus is the sweetest name I know’ She wowed the congregation with her powerful and mature vocals. Things began to change at this point and Gillian’s love for music began to grow.

In 1994, at age 14 she joined UK Gospel group ‘Raymond and Co’ where she learnt to harmonise, adlib and blend with other singers. That same year she featured on a studio project called ‘ New Flava’, which was a first for Gillian. She was accepted to Sir George Monoux College, London at age 16 where she was introduced to the sounds of Gershwin, Tin Pan Alley and Opera. She learnt Music Theory, Drama and Dance. Gillian was given the lead role in the college musical theatre production ‘Salome’ and coached by professionals from the Royal Opera House.

Throughout her teens, she began to attend vocal training, joined 2 community choirs, became a Session Singer, began to vocal train adults and children whilst honing and perfecting her craft on the church stage. She began performing at churches around the UK, on cruise ships, shows, made TV appearances & featured on radio and tours.

As well as working with Raymond & Co, Gillian is a soloist, vocal trainer, Session Singer and aspires to write songs & jingles for Film, TV and radio. She also has an interest in voice-over work.

Credits include working with UK Singer, Will Young, Boney M and has provided backing vocals for P Diddy, Jason Donavon, Anatasia and much more.

She has live entertainment experience and a lot of recording studio experience within the UK, Europe, USA and Africa.

Nicki Alexander said...
"Gill is a very talented vocalist who is easy to work with. Very flexible and responsive. I am looking forward to working with Gill again soon."
5 stars
Private Gig 5 years ago

stevehart said...
"Gill was a pleasure to work with. Excellent voice and provided quality recorded files. She was very accomodating for changes I required and we ended up with an excellent result!

I will definitely use Gill again for more projects"