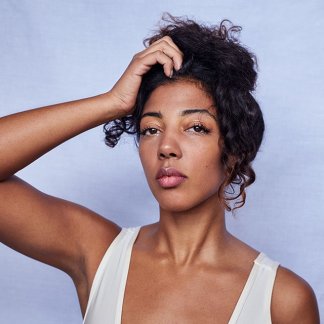 'Music is my favorite way of communicating
-If your feeling my voice & Style and Im feeling yours - Then Lets get started!'

Most recently I've created the song 'Like fire' in collaboration with Jonas Hahn which reached 135k listenings on Spotify - check it out on Spotify: Felish - 'Like fire'


past couple of yrs
1 of her songs licensed for Netflix Original Serie ; Monarca and for 'Lets Dance' Spain.
Collaborations with producers in Genres: Indie pop/ Rnb/House/ Electro / Reagge/ Soul.
Released 5 songs in collaboration with the based electro deep house artist Soul Catalyst;
Remember You, Scenic Route , Wasting Time , etc that All together has reached 450k views/listenings on spotify and managed to get placements in blogs, tv-shows and radio.
Released solo Debut single ; Felish - A Dream (Soundcloud)
In Felish own words; "One of my most heartfelt works"

-Background in short
Studied music, vocals & songwriting for 5 years. In 2013 decided to be full-time musician and develop music skills and techniques somewhere else than Sweden, and therefor decided to study in Los Angeles between 2013-2017 and is now temporarily living in Madrid, Spain, where she got song placements with Universal Music Spain.
Felish has produced, composed and written for 2 bands in the genres indie-pop/tropical, and an Indie-rock /blues band. Between both bands and her solo material Felish has released 3 EP's and 10 singels, toured South CA, Ecuador, Spain, Sweden & Switzerland.

Tomke said...
"Felicia has an outstanding voice with a special timbre. She has reworked the lyrics very well and given wonderful impulses to improve the song. A wonderful pearl!"
5 stars
Felish Gig 3 years ago

exyo said...
"An absolute pleasure to work with Felish! Super professional, timely, great communication, and really cares about the work that she does!"
5 stars
Private Gig 4 years ago

Myriadrecords said...
"FELISH is one of the most talented and creative artists i have ever worked with ."
5 stars
Looking for Topline on New World-Electronic Track 4 years ago

Knights in Shining Armchairs said...
"Beautiful tone, a knack for melody and lyrics, and professionalism to boot."
5 stars
Private Gig 4 years ago

Amindo said...
"Felish is a fantastic, and creative artist. I loved to work with her, and she has a veery good voice. I would love to work with her again, and i recomend working with her to other producers and artist. perfectoo"
5 stars
Private Gig 4 years ago

Oceans x said...
"Nice to work with FELISH, she knows what you want and is very passionate about her work, love it!"
5 stars
Singer/Songwriter !! 4 years ago

SUNSETS said...
"FELISH is one of the best vocalist I have ever worked with. She is very professional to work with and went above and beyond to make the project sound perfect. Great voice, excellent collaborator. Will definitely work with her again!"
5 stars