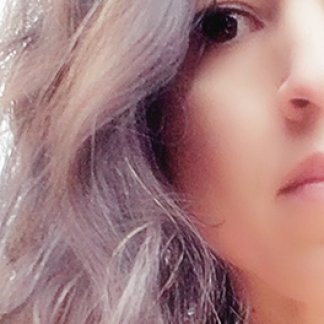 United States
Demo 1
0:00
0:00
11 likes
1583 plays
Storm
0:00
0:00
0 likes
23 plays
Feels so right
0:00
0:00
0 likes
22 plays
Member Since: November 26, 2016
Studio Access: YES
Vocalist Fee: $80
Gender: FEMALE
Country: United States
Genres: Languages:
Sounds Like: 4 Strings 2 Madonna 2 Poe 0
Vocal Styles: A Capella 0 Pop Diva 1 Soulful 0 Spoken Word 0 Rock 0 Choir 0 Classical 0 Diva 0
Vocal Characteristic: Deep 1 Silky 1 Strong 2 Low 0 Smooth 1 High 0
Soul-stirring Italian/Spanish Singer, Songwriter, Lyricist, eSoreni, is taking on musical masterpieces from around the world and providing the voice and words to each. She works hard to sing in the style that inspires each music producer without trying to sound like any other singer. She not only sings but has written the lyrics for almost every song her voice is on. She is making her mark on Beatport, Spotify, iTunes and many more digital music platforms. In 2001 she performed on a Swiss television show called Super Stars d'un Soir (Superstars for one night) and has won Karaoke contests throughout her life. Even so, she remains humble and kind to all the gems she encounters in her musical journey. She sings and writes for music producers all around the world, slowly making her talent heard to those who really listen. Once you work with her, you will not be disappointed.

Her singing pitch is contralto but has sung many songs in mezzo-soprano. Her vocal style is sexy, deep, emotional, and soulful. Her voice is angelic as well as dark. It's a voice that will get under your skin. Her second language is Conversational French and eSoreni has been known to create random vocals in this language. She also understands basic Italian, Spanish, and German.

She will sing lead and/or back vocals and add harmony if needed.
If you don't have a vocal melody, she will make one, but always run it by the producer.
The first verse and chorus along with a sample demo will be sent to the producer for review before she continues her work.
Commercial Use is offered for one song.
She doesn't work for Royalties, so you get to keep all profits! If she bids on your gig, she will most definitely turn down all royalties unless it is required to make a deal.