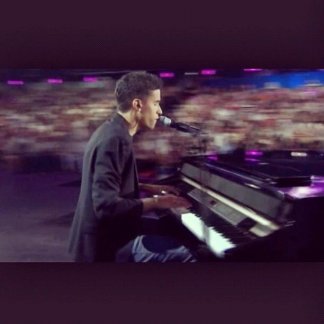 In September of 2011, Dylan Lloyd was the first and only American to be invited to an international performing event in Ukraine, broadcast on television to over 100 million people across Eastern Europe. The competition is called Crimea Music Fest, the first performing attraction in world history to sponsor contestants from each continent. Gloria Gaynor, Russian megastars Alla Pugacheva and Natalia Buchynska, European stars, fellow contestants of the show, and millions of fans across Eastern Europe all gave accolades to Dylan Lloyd for his performances of "We Are the Same," written by Lloyd, and Elton John’s "Sacrifice.”

Approximately two years later, Lloyd would release his debut EP entitled "One By One" with Lupe Fiasco’s hit-producer “Soundtrakk” in May of 2013. In the final stages of the EP's production, Lloyd and Soundtrakk started noticing something entirely unique about the records. With their use of key songwriting elements from Pop music of the 70's, 80's, and 90's, blended together with Hip-Hop drum breaks, it was clear to them that they had invented a new form of Pop music. A sub genre that may change the face of pop music "Cool Pop".

In December of 2014, Lloyd released his debut solo album called "The Vault" and it became his first charting solo album on the iTunes charts, as well as his fourth consecutive charting album on iTunes (What Could Be Better, This Is Better, Find A Way There). A few months after "The Vault" was released, Lloyd received his own radio station on Pandora in April of 2015. In the same month, his recent iTunes release known as the "Aria - EP" charted top 100 on the iTunes singer-songwriter chart making it his fifth consecutive charting album in his artist career.