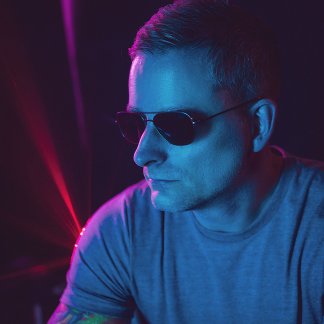 Phoenix, United States
Member Since: September 27, 2017
Studio Access: YES
Gender: MALE
Country: United States
Genres: I am an independent music producer who has released music professionally since 1997 in various electronic music genres including Trance, Progressive House, Electro House, and Chillout. My past projects have been released as Dream Traveler (Trance, Electro, and Prog House tracks), Joey Fehrenbach (Chillout and general Electronic), and I am now starting a new Modernwave project called "Takuro Spirit." The idea behind Takuro Spirit is to merge modern beats and production style with the uplifting and exciting music I grew up with in the 80's.

Kat Marsh said...
"This was my second project with Joey and, again, it went brilliantly! Joey is a fantastic producer and songwriter, his production quality is superb and I really enjoy working on his tracks. He gives clear direction and allows space for the topline to develop. He's also extremely professional and timely in his replies. I hope we get to work together on another project in the future!"
5 stars
Private Gig 5 years ago

Kat Marsh said...
"Joey is a fantastic producer, he gave me clear directions and also gave me options and room to try different ideas. The quality of his work is extremely high. I’m very happy with the track we collaborated on and I would 100% work with him again!"
5 stars