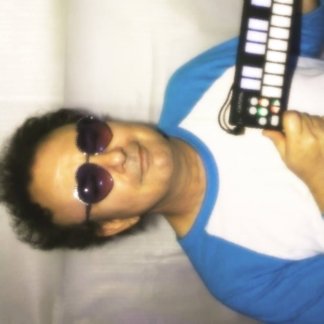 What I'm looking to do here on Vocalizr is collaborate with several vocalists/lyricists over the next year or two and build up a body of work in various styles.

I Iike to give you free creative reign and the final say with your contribution, but I do like to have some input, especially as we get the project started. Typically, I'll put a reference vocal on the track mainly so you can hear where the vocals go, and then delete that for the actual project file. I'll probably also suggest a song or two to listen to briefly just to hive you a ballpark idea of what I have in mind. I also think it's best if we could settle on a title and/or the feeling/topic/mood of the song fairly early, so communication is important.

As for the topics of the son(s) we create, they could be about ideas, adventures, your inner thoughts, or love/romance. If the latter though, I do prefer that the viewpoint of the singer is one of someone who's 'been around the block' so to speak, as opposed to a hopeless romantic (if that makes any sense). In fact, the singer's personality could be that of someone who brings trouble and unhappiness to the men who become involved with her (all in good fun though, of course).

Some final thoughts: If you know a little music theory or have somebody around you who does, that could be helpful, because some (not all) of my tracks have fairly complex chord progressions. And lastly, if you know any foreign languages, that could be very helpful too - some of my tracks just seem to suggest to me that a few key lines in the lyric could work well in a foreign language.

Thank you for your time and consideration in reading this . Happy music making!
City Nights
0:00
0:00
2 likes
7 plays
Employer Reviews
Topliner Needed For House Track 6 years ago

Nyree Huyser said...
"An absolute pleasure to work with, open to ideas and creativity but also gives great direction and suggestions. Not to mention a fantastic producer!! Would love to work with again!"
5 stars